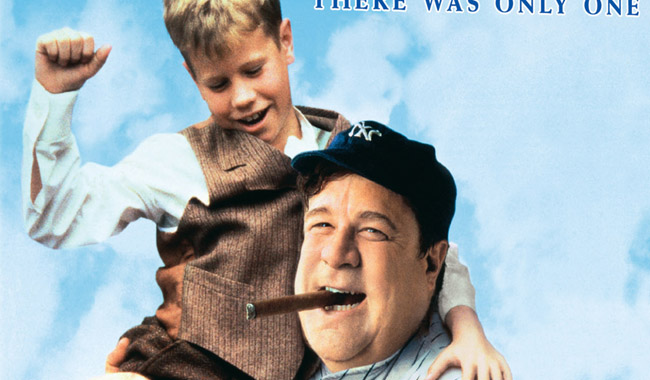 George Herman “Babe” Ruth is arguably the greatest Baseball player in the history of the game. Across 22 seasons, from 1914 to 1935, he revolutionised what many consider to be his nation’s favourite pastime. Both in his approach to the sport he adored, and in terms of his celebrity and consideration by the press, the authorities and, crucially, the fans.

He was also a gluttonous, boozing, brawling, womaniser; an uncouth man-child who courted controversy at every turn. His story is fertile ground for a biopic, however this 1992 swing proves how even legendary figures can deliver stillborn pictures.

From his troubled childhood in an Catholic orphanage to the inevitable twilight of his career, The Babe has no qualms about drawing attention to the highs and lows of this genuinely fascinating man. It’s certainly a step up from the notorious 1948 biopic The Babe Ruth Story – a film so reverential, it led critic Brad Jones to joke that Ruth and it’s screenplay may have been legally married.

This all ties into the crucial question The Babe raises: who was this movie made for? It’s too fluffy to be a damning expose, yet too confrontational to be considered a celebration of his life. You’d imagine that this sense of polarity would prove beneficial, but there’s a curious lack of emotional charge to it.

The first hour or so is a difficult sit. Ruth is kind of repulsive and he’s surrounded by unlikeable people. And yet it still feels superficial, because this movie deals in caricatures – bad lad made good, team mates won over by his talent, hostile opponents, hedonistic hangers on, shifty businessmen and women charmed by our slugging rough diamond.

The rest of the film just happens. The drama of his later days just doesn’t connect, and the film just stops. Everything gets wrapped up with a couple of sentences of text.

At least The Babe sports some decent performances. John Goodman throws himself into the role and goes some way in resurrecting “The Sultan of Swat”. Kelly McGillis provides able support as Babe’s second wife, while Tron’s Bruce Boxleitner is appealing as best friend and fellow legend “Jumping Joe” Dugan.

Ultimately, The Babe doesn’t do enough to prove a worthy draw. Hopefully Ruth will earn a worthy biopic eventually – honestly, Scorsese could do a hell of a lot with this material – but that day seems a long, long way off.