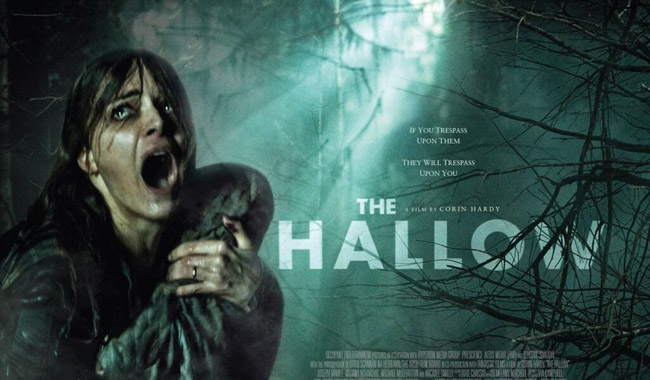 Director Corin Hardy’s debut is one slice of modern horror which could prove divisive. While many may agree on the film’s great cinematography and decent, low budget special effects; there may be substantial disagreement over the story and characterisation.

The film’s premise is both simple and promising. Researcher Adam Hitchens (Joseph Mawle) brings his wife Clare (Bojana Novakovic) and their infant son to a remote Irish village in order to study the ancient forest surrounding it. The hostile locals prove to be the least of their worries, when their new home is beset upon by the terrifying faeries who claim the woods for their own.

While stylish, The Hallow falls flat thanks to a lacklustre script. Given Ireland’s significant folklore, it’s curious that the story doesn’t do more with it – while disturbing, the creatures are instantly familiar to anyone who has seen movies such as The Descent. The film’s climax hinges on whether or not their son has been replaced with a changeling; and while this plot point does provide the film’s lone moment of genuine tension, the resolution is anti-climatic.

This film does little to distinguish itself. It’s telling that one pleasure The Hallow provides is crossing off movies it reminds you of (you may, for example, uncover touches of The Shining, 30 Days of Night or Lucio Fulci’s The House by the Cemetery). And while it’s not legitimate to criticise a film simply for reminding you of others; ultimately the audience should be more invested in the one they’re actually watching.

Hardy does show some promise as a director, though this may offer scant reassurance to those already wary of The Crow remake. All tolled, while The Hallow is not the worst release you’ll see this year, it’s certainly one of the most underwhelming.