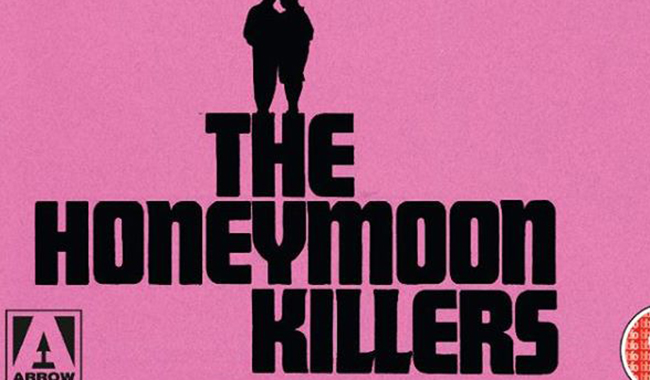 The Honeymoon Killers is based off the real life story of a couple, Ray Fernandez and Martha Beck who met through newspaper Lonely Hearts Correspondence in 1949. Fernandez was a charlatan who exploited lonely perhaps unattractive women and fleeced them out of money. But he found a meeting of minds and body with Martha Beck and the pair fell in love. Beck was from a small Florida town and was captivated by Fernandez. The pair head out on the road together, Martha dumping her elderly and dependent mother in a nursing home before she leaves. Through a fascination and even dependency of each other they began meeting other lonely women with Martha posing as Ray’s sister and in effect seduce them and rob them of their life savings. They start with a woman called Myrtle Young, with Martha becoming jealous of the woman’s relationship with her lover. Eventually this leads to tension and on a bus journey they dump Myrtle off but the woman mysteriously dies from drugs given to her by Martha. They move onto several other victims with each one becoming more violent in the manner in which they are abandoned. In each case Martha becomes jealous and in some cases sleeps with their intended victim. In each case the victim becomes suspicious of the pair and this leads to murder. In the case of Janet Fay they take her away to a house in Grand Rapids, Michigan where she became suspicious of the pair until she is murdered by Martha Beck with a claw hammer and a tourniquet around the neck applied by Fernandez to throttle the life away from her. Janet Fay’s body is buried in the basement. Their last victim was a widow called Delphine Dowling who lived with her daughter (in real life she was 2-years-old, but in the film about 6). When Martha finds out that Ray has made Delphine pregnant, Martha is incensed and tries to poison her, finished off by a bullet from a pistol by Ray. They then drown the child in an old sink in the basement. Arrested for the crimes, the so-called Lonely Hearts Killers are executed in Sing-Sing for their crimes.

The Honeymoon Killers is classic reportage cinema and could be described as a neo-noir. Made in 1969, two years previous to this film was an adaptation of Truman Capote’s novel In Cold Blood, based off the murders and subsequent executions of Perry Smith and Dick Hickock, an unremarkable murder story made remarkable by Capote’s book and Richard Brooks’ film. Like that film, The Honeymoon Killers is an interesting presentation of a real-life story that fascinated the media with its salacious details. It stars (a more handsome than in real-life) Tony Lo Bianco as Ray Fernandez, a medallion wearing individual who saw himself as a Casanova-life figure with a power over women. Martha Beck is played by an actress better known on the stage at the time, Shirley Stoler, an obese overweight woman who seems uncomfortable in the role which works to the films advantage. This was her first film and she does have an almost John Waters kind of presence on the screen. There is one scene in a hotel room where Ray is seducing one of their victims and is out for dinner while a lingerie clad Martha is sprawled across the bed eating chocolates from a box. And so is presented a twisted love story – for a love story it is. But this is not a romanticised pair of folk heroes like Bonnie and Clyde, but instead a gritty and twisted pair who only sees what they are doing is messed up in the closing moments of the film.

The production schedule was not an easy one, going through three directors no less. The first was none other than Martin Scorsese who filmed the scenes by the lake and the moment when Beck tries to drown herself out of jealousy. Scorsese was fired by producer Warren Steibel for using too many slow moving tracking shoots whereas Steibel wanted more close-ups and less film being used given its limited budget. The replacement was Donald Volkman who also didn’t last a week (and never made another film). Not having a director Steibel was desperate and convinced his screenwriter, Leonard Kastle to direct. Kastle had written a solid script and this was also his only screen credit as director. Kastle was primarily a director of operas and certainly brought an operative style to the films narrative. His use of inserting extracts Mahler’s 5th, 6th and 9th Symphonies added a degree of gravitas to the film and is cleverly edited in. Scorsese’s pan shots may have worked well for the film, but what also gives the film its power as well as its gritty realism is Oliver Wood’s beautiful and artful black and white cinematography, often applying some powerful deep focus in the frame. On one of the extras there is a discussion about film in which it is mentioned that Wood’s cinematography was in black and white so it doesn’t romanticise the imagery. But this is what it does do; it gives an arthouse film offset by the darkness of the story, the linear imagery and the performances. The photography works very well. In one of the final scenes we see Beck on the phone to the police after she has horrifically murdered a child. The whole scene is black with Beck on the phone at the very right hand edge of the film.

As is usual with Arrow Video releases it is replete with extras that include a piece on the film by Lo Bianco and how he came to be in it and the production itself. Elsewhere director Todd Robinson discusses the film and talks about body image. Robinson made a remake in 2006 called Lonely Hearts, bizarrely with Salma Hayek playing Martha Beck! Robinson has a personal involvement in both films as his grandfather was the arresting officer of the murderous pair. Another extra is from Fabrice du Welz, director of a Belgian version of the story, Alleluia made in 2014.

This film departs slightly from other Arrow Films. This is more than a cult film, or grindhouse, giallo or Sexploitation. This film is art cinema proper and is deserved of a new release with a wealth of extras.