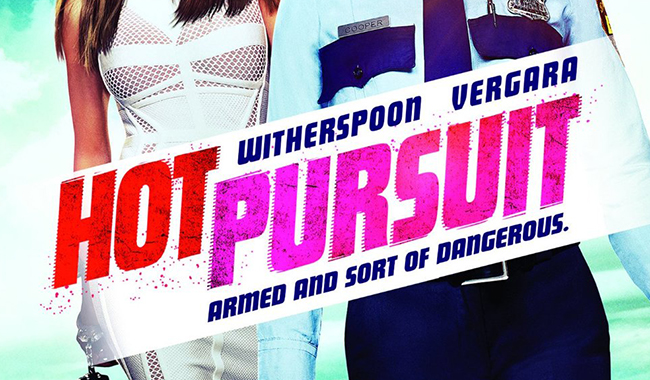 Intense police officer Rose Cooper has grown up following in daddy’s footsteps to become a strict law abiding officer of the law (If you are to believe that such a numb-skull could get away with half of the antics she does without ever getting fired). It’s all sadly at the expense of having much of a social or even  any love life, and she is seen (Rightly so if you are to believe anything about her)  as a bit of a joke in her department

When a Cartel informant is in need of protection, Cooper is assigned to help with the case, but upon arrival – gums are pulled and bodies drop leaving Cooper on the run with the informants high maintenance wife (Vergara); thus commencing the on the road antics of the uptight versus the up themself personas.

What we are sure was perhaps pitched as a “Midnight Run” for the Ladies has been duly underserved by every participating member of the cast and crew. Not only is the film unfunny in every conceivable scene, but it is also grating on the nerves at just how low it stoops and how dumb the execution is.

Vergara is really starting to run out of outfits with which to show off her curves and cleavage – once again relying on these aspects of her image to do all the talking and once again and phoned through yet another shallow character onscreen.

Witherspoon is a worse offender as she already had dramatic clout behind her, and here is happy to throw it all out the window for the sake of playing probably the dumbest police officer in the history of comedic cinema.  Clearly this is a character who would have ended up sued, imprisoned, fired – hell!, not even hired in the first place! But the film asks that you take that giant leap of faith for the sake of screwball comedy. Sadly it’s just mind numbingly stupid and an insult to anyone’s backside forced to sit through the film.

You have to wonder just how dim-witted some writers and actors are to want to get a film like this made, and who it is that they think they are aiming it at.

Hot Pursuit is an insult to anyone with intelligence, and a real step back for comedies in general – not to mention a real thorn in the side of forward progression for roles for women in cinema. If this is the best on offer to two hot properties then women have much to fear for their future in cinema!