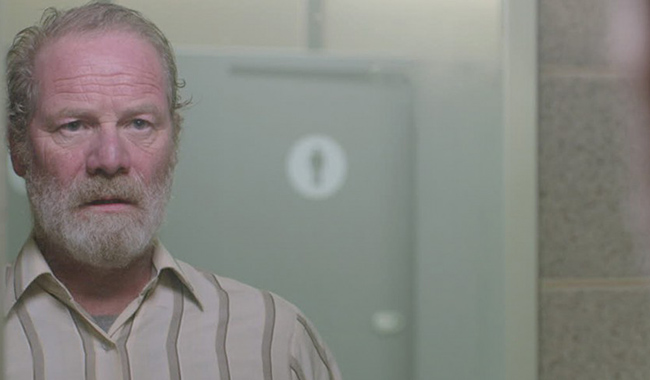 The debut feature from director Jake Gavin has many fine qualities, though it’s will likely slip under many a movie-goer’s radar. Which is a shame because Hector is a genuine low budget gem.

Peter Mullan portrays the titular Hector – an ailing homeless man who leaves his small Scottish town to spend Christmas in a London shelter. He’s decent, resilient yet quietly resigned to how his life has turned out. However an unsettling diagnosis prompts him to reconnect with what family he has left as he travels south.

Hector won’t be the feel good feature of the season, but it’s not a punishing watch. And it’s certainly compelling – while it may bypass some of the harsher realities of life on the streets, it is a nuanced and dignified character piece. This is one man’s story, and it makes no claim to be anything else.

What certainly helps is that Mullan is quietly captivating, and is ably assisted by a strong cast including Gina McKee, Stephen Tompkinson and Keith Allen. Actress Sarah Solemani deserves particular acclaim – her turn as shelter administrator Sara is especially great; despite the limited amount of screen time she actually has.

Hector won’t change the world but it works the head and the heart in just the right way. If nothing else it’s worth keeping an eye out for whatever Jake Gavin will give us next.