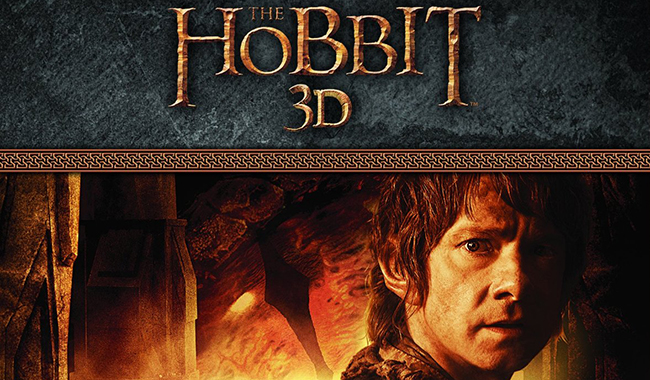 Finally we get to the end. Much like when the extended edition of The Return Of The King with the Lord of the Rings trilogy, here now we get the final extended trilogy of the Hobbit. The exciting thing about any extended edition from this saga is that not only do you get lots of missing pieces from the narrative that flesh out the story and characters further, but you also get two discs worth of bonus features for each film that delves deeper than any other behind the scenes feature into the making of each and every aspect of the films themselves.

With The Hobbit trilogy though there is perhaps some backlash in the sense that the films were already long enough as it is. It was debated even if they ever needed to be as long as they are. So to adorn us with extended versions of the three that exist is simply too much for some folk.

We’ll back that argument up with the first part An Unexpected Journey. The film was already too long with not enough going on in it. The extended version was not needed. The middle chapter, The Desolation of Smaug, did bring in some welcome new scenes that did add a dimension to the action on screen. But that film also covered the most ground throughout Middle Earth, so there was variety to expand on, not to mention much more action.

The third part of the saga, The Battle of the Five Armies is the shortest of all the Middle-Earth movies, but still pushing beyond the two and a half hour mark, and the extra scenes in this film fans will be happy to know are largely evident in the battle sequences in the second half. Dwarves on an armoured sled, Dwarves versus Elves. You get not just extra snippets, but entire new sections of battle making for a rewarding extended experience.

In the 3D box set each film is allotted 5 discs. The 3D version of each film takes up two discs a piece, this is to allow as much encoded detail as possible, even if it does mean swapping discs part of the way through the film. 3D is still a practice that is best judged by the user themself with the set up they have at home.

The third disc in each set is the normal 2D version of each film which at least gives people a rest from the 3D format should they not be in the mood for it.

The last two discs is where all the supplemental gold lies.  Usually clocking in around the 9 hour mark in total for each film – these discs delve into the production history of each film, often with time taken up on set itself with a wide variety of cast and crew working hard to bring the vision to screen.

We have covered on other extended edition reviews of the first two films – the amount of video you get on set with the cast and crew(s), but for the last film in the series the first supplemental disc carries you through the entire production from start to finish – missing out the battle sequences.  This has been held over for the second supplemental disc. Hours upon hours of well thought out choreography, and even including some new casting (Hello Bill Connolly in a very funny set of encounters. The funniest of which is him admitting to be the complete opposite of a Tolkien fan and admitting to hating such people – which is hammered home by his final appearance on the features as someone tries to impressive him with knowledge of what his character would go on to do in the Tolkien universe).

Of course the camaraderie of the cast and crew comes across and there are many a teary farewell for everyone involved as it all wraps up.

The supplemental material is simply second to none and has followed the high standard that the extended Lord of the Rings editions set so long ago.

These will be an easy buy for people – and are available minus the 3D discs if you don’t need them. And each film is also available individually (again 3D and 2D editions). The films average in quality from sluggish to entertaining. In the end you feel that you don’t know half the characters as well as you probably should do by the end of it all, but that you have had a fairly justified return to Middle Earth from a team who care very much about the subject and that while a break is in order, it’s a land that you suspect we may return to ij the years to come – and that isn’t such a bad thought.