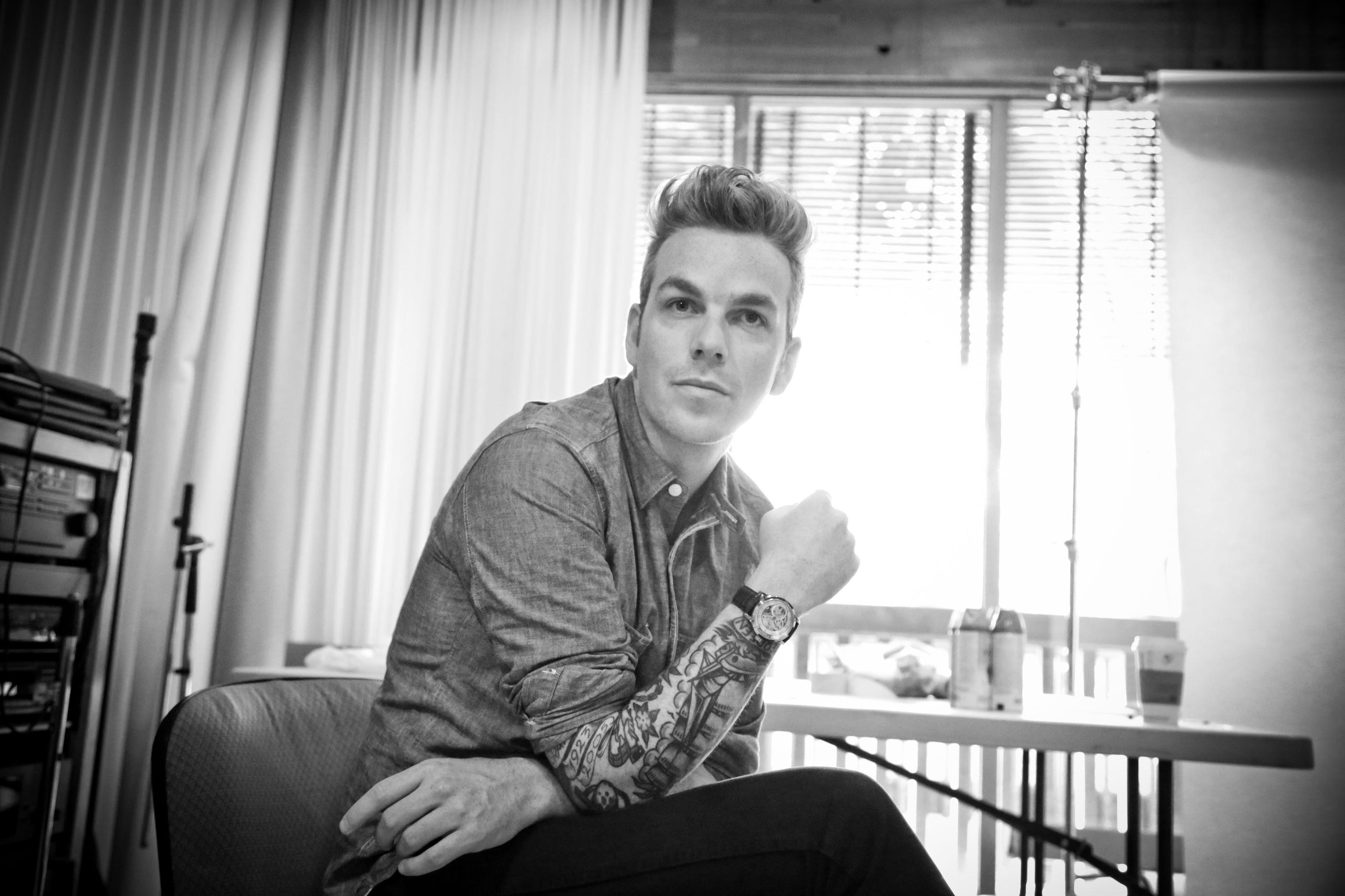 We’ve featured singer songwriter Greg Holden before and now, in this exclusive interview, he chats to Ben Willmott backstage at one of his recent London shows, the Lancashire-born but now New York based singer songwriter’s first gigs in the capital for four years.

The shows followed the phenomenal success of his ‘Boys in the Street’ single, which gained over 1 million hits in a week and drew praise from an unprecedented array of admirers from Tegan and Sara to Cher and Tom Hanks.

To celebrate his long awaited re-arrival in London, Greg arranged for flowers to be handed out to members of the public and stencil art of kissing couples to be sprayed on walls, all part of what he calls his ‘Keep Kissing’ campaign.

“I think it’s important to spread these messages as much as you can these days” comments Holden “because I mean you know, especially me, I used to be quite a negative person and you know, I was always trying to call people out in my songs… I had a change of heart on this latest album and I wanted to say something positive so, I think it was important the videos, didn’t necessarily follow the narrative of the song, but had an equally positive message.”