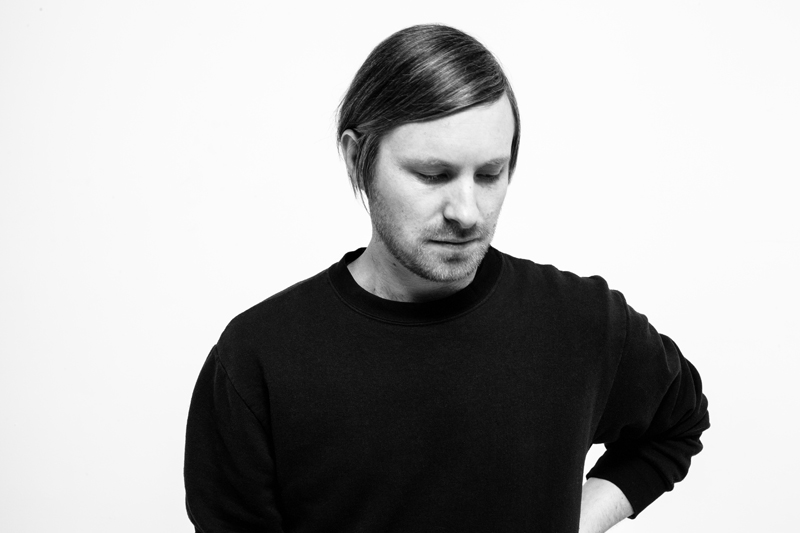 Friday nights in Glasgow are traditionally quite wild affairs, but when does the party get started? Rather too early for me on Friday night, as I entered Stereo to see Apostille leave the stage – the guise of Michael Kasparis, the man behind one of the most intriguing independent labels in the UK, Night School Records, and an impressive talent in his own right.

Having seen him before, I know that his one-man adventures in lo-fi analogue electro punk are thrilling affairs, as he harasses the audience and breaks down the barriers between the performer and the stage, literally doing so one night at Glasgow School of Art. Imagine Suicide collapsed into one performer and you’re on the right strasse; songs like the excellent ‘Good Man’ are given added intensity by Kasparis’ hyperkinetic performance.

Performing electronic music live is a notoriously tricky proposition; while Kasparis has nailed it, Blanck Mass takes a more traditional position of standing behind a forest of wires and cables in front of a screen with semi-abstract, sometimes quasi anatomical projections.

This is the solo project of Benjamin John Power one half of Fuck Buttons, who are in the curious position of being the most mainstream underground band in Britain; one who still make interesting music and command respect from their peers, but still land a booking to play an opening gig at the Olympics.

Power has commented that his album ‘Dead Format’ is “a comment on the flaws of the human form in its current evolutionary state”. If this is the case, his music (and indeed, the visuals at the gig) sounds as if it’s got as far as the mid ‘90s; it’s well behind such next level shit we’ve heard this year from the likes of Holly Herndon or Daniel Lopatin. Then again, the mid ‘90s were rather a good period for electronic music, and Blanck Mass’s darkly anthemic music has a cumulative power which might go down best late night at a festival.

‘Loam’ makes for an ominous intro, all pitch-shifted vocals over tape hiss, before the more melodic tracks kick in. ‘Dead Format’ uses early rave sounds to good effect, and even provokes some shuffling from the crowd, who you can tell would be enjoying this a lot more if it were happening in a club space.

It still manages to come to an impressive head with ‘Detritus’, the album’s closer, most epic and indeed best track. Nearly two minutes of rumbling power electronics lead to a pressure drop from Hell, from which euphoric major chords erupt out of the void.

It’s enough to make me want to dance, and the crowd demand an encore, something denied to us by the early closing time of 10pm. On a Friday night. If this actually had been the mid ‘90s, the party wouldn’t have started yet…