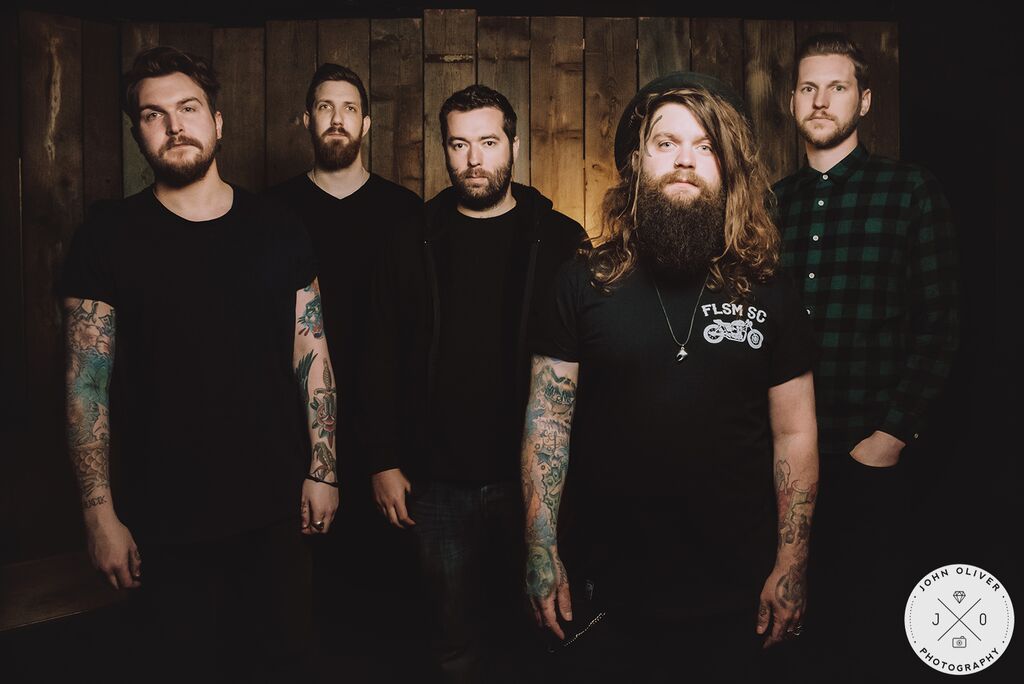 York-based heavy rock’n’roll quintet The Bastard Sons have announced that they will be supporting Santa Barbara, CA based “goblin metal” pioneers Nekrogoblikon on their January/February 2016 UK headline tour.

To celebrate the news the band have released a brand new video for ‘Listen Here’ – the latest track to be taken from their recently released debut album Smoke, out now on Kaiju Records.

Portraying a day in the life of a frustrated, ground down nine-to-fiver who finally lets loose and finds a release in the sweaty basement of a rock club, it’s a theme that’s sure to resonate with those of us around the world who find salvation and an escape from the stresses and strains of life through music.

“We can’t wait to get out on the road and bring ‘Smoke’ to you guys live in 2016. What better way to start the year than with the crazy and awesome Nekrogoblikon!” comment the band on the news “2015 has been an awesome year for us: a No.1 single in the iTunes Metal charts then a sold-out UK tour with Snot was a great way to kick things off. Spending summer recording our debut album, whilst playing as many shows as possible was such a fun experience and to then find out the album hit number 2 in the iTunes Metal chart in its first week was amazing. It’s been a hectic but fun year and we can’t wait to step it up a level in 2016!”