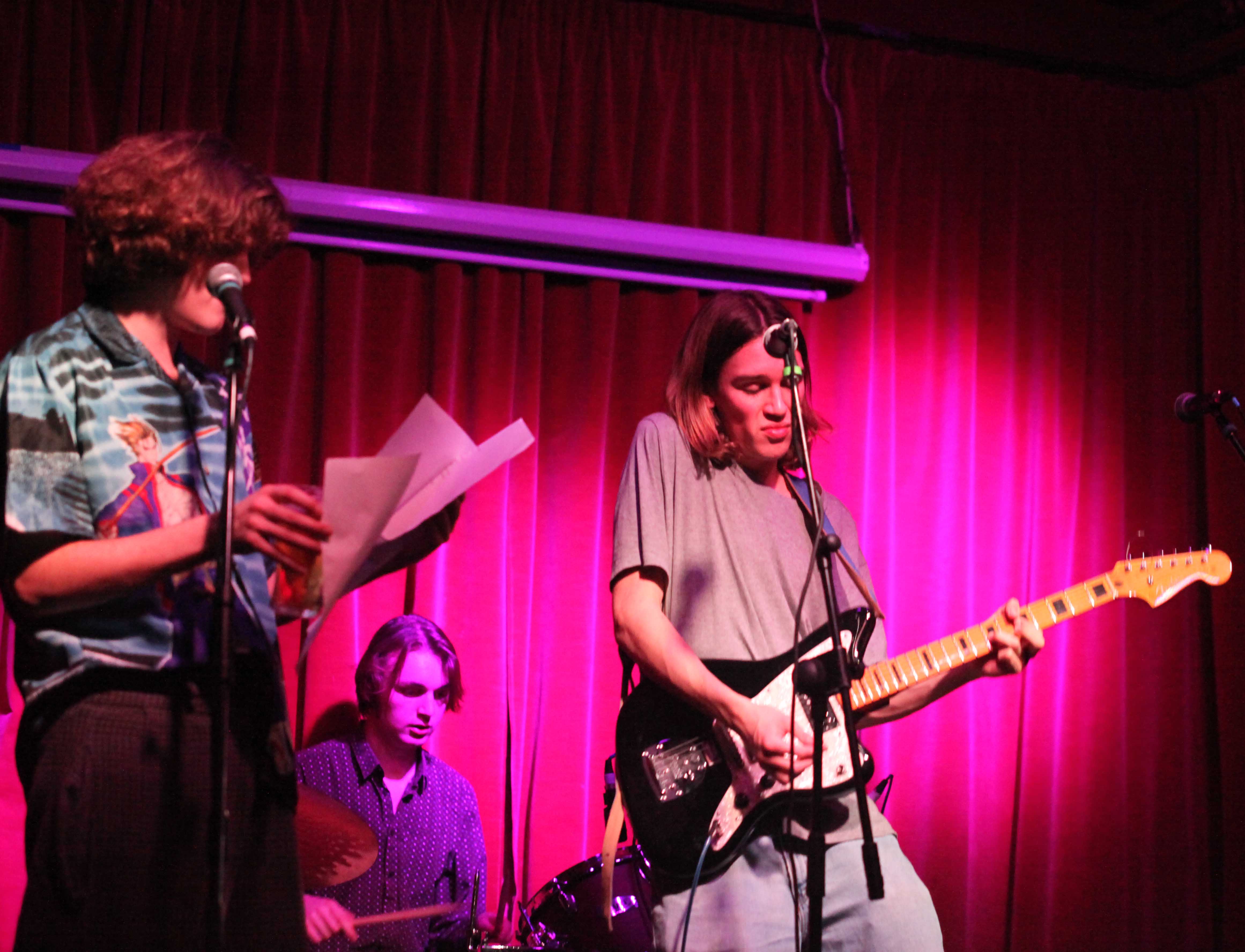 “I wrote this song on the Mega Bus” utters the lead singer of a band I think, at first, is named The Frozen Ligers. That confusion is mainly due to trying to Google a band that wasn’t mentioned on the event listing, or even within the venue itself and didn’t announce their presence on stage. They are in fact called Foreign Ligers.

“Its not as though we’ve just met up today” he continues. As he still needs the lyric sheets in his hand to get him through the set, then the meeting possibly took place last week.

Yet ‘Quasar’ – the second to last song he needs assistance for – is probably the best of a set that included an impromptu, pants dropping routine. Learning to play a bassoon takes some effort and they do get the small crowd of what admittedly seems to their mates, dancing to a series of funk infused covers including a memorable rendition of a Grandmaster Flash song. Make of it what you will but the three piece wore large smiles on their faces and injected some light humour into a dank night.

Who would want to undertake an eight hour journey at Christmas time? Could it be someone who really loves their family, or someone who dislikes them and wants to get away? Either way, the four members of Naked Lights seemed to have organised another Mega Bus to bring twenty odd of their mates up from Cornwall. It’s a small crowd but allows them plenty of room for to dance and bounce around to a series of well constructed songs that seem to draw from the well of poppy, upbeat indie sounds.

The all male set up can harmonise well and frequently change vocalists to suit the tone of the lyrics, one of which includes the wonderful line “I went to the supermarket and cried in aisle five”. They also have a song about hating Christmas, all because of a broken heart that belies its cheery, vibrant momentum. Ho, ho, ho?