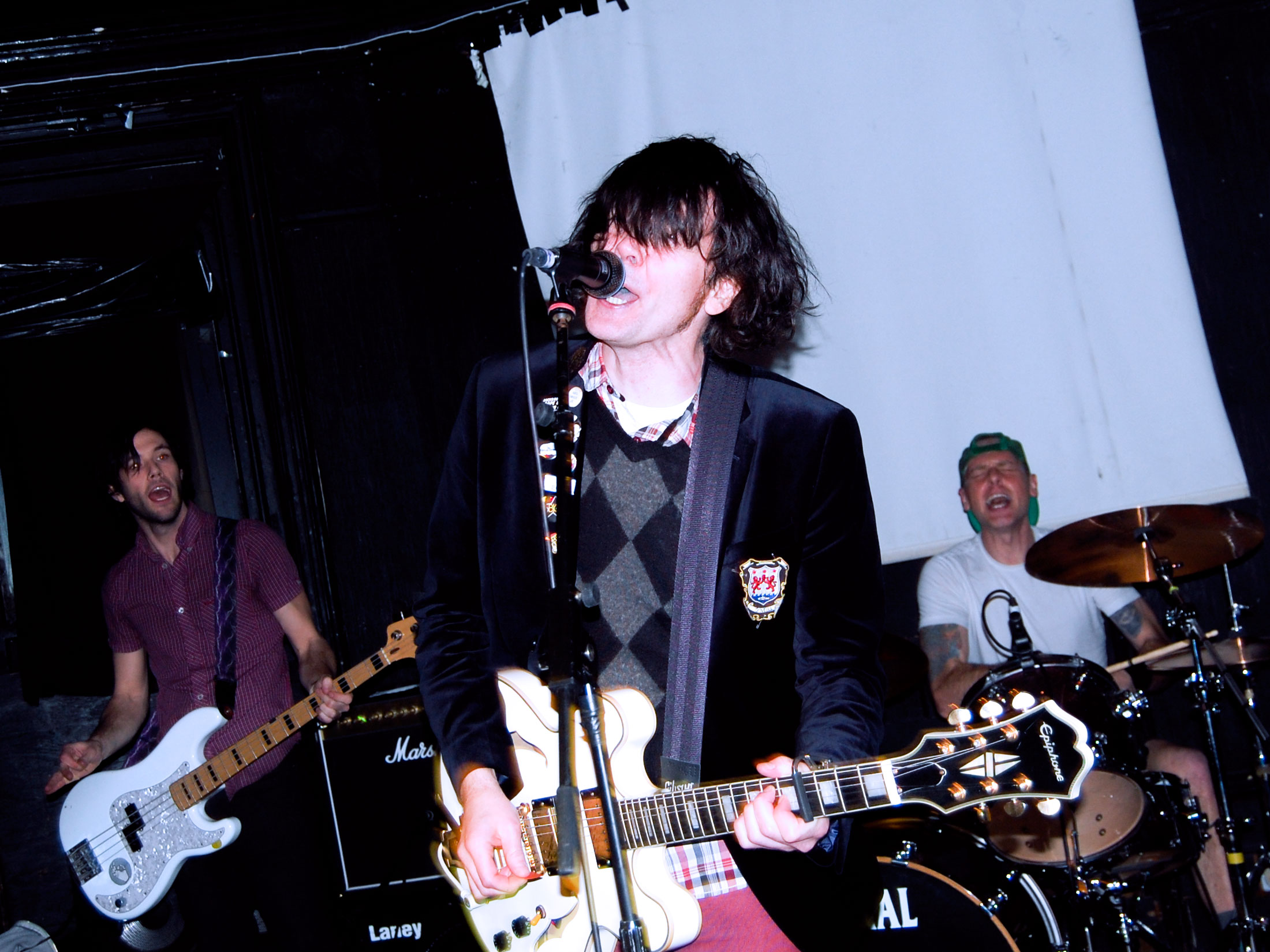 Beach Slang are drunk punks that just want to share the love. The Philadelphian four-piece play hard and fast, but also take the time for a good old natter with the crowd.

Lead singer-guitarist James Alex sports a blazer decorated with pins all over his lapel and a mop of disheveled black hair. For the fourty-something year old, there’s a certain air of high school rebelliousness about him. Throughout the set, Alex finds himself rambling about Casper the Friendly Ghost, Donald Trump, theft and its moral consequences, Manchester and its musical geniuses, reminiscing about previous shows and gushing to the audience about how happy he is to be there.

The music is loud and the lyrics are shouty – yet the songs have enough pop sensibilities for fans to sing along to. Newer tracks from debut album The Things We Do to Find People Who Feel Like Us are well received with fist pumps and vigorous head nodding from the busy crowd.

Early on in the set there’s a brief technical problem, which results in a roll of gaffer tape being crowd surfed from the sound desk to the stage. This turns out to be the perfect opportunity for Alex to perform a stripped back version of ‘Too Late To Die Young’. It’s soft in sentiment but also powerful in delivery as he fills the room with his whispered, raspy voice.

Fellow Philadelphian band The Replacements are unmistakably cited as an inspiration to them, and as a result, a cover of ‘Bastards of Young’ is performed. They finish off their ‘official’ set with Punk Or Less but go on to perform another hours worth of music for their ‘encore’; which includes older tracks and covers of Bad to the Bone by George Thorogood & the Destroyers and Too Much Kissing by Senseless Things.

The night ends with a three part harmony of “I…. love… you…” sung by Alex, guitarist Ruben Gallego and bassist Ed McNulty addressed to each other and the crowd – just before before drummer JP Flexner shouts “one, two three!” and the band rip into their final song, ‘Ride the Wild Haze’.

Beach Slang live is everything a good rock performance should be: loud, energetic and full of fun. And the great thing about these punks is that instead of wanting to smash shit up, you leave the show feeling all the love instead.