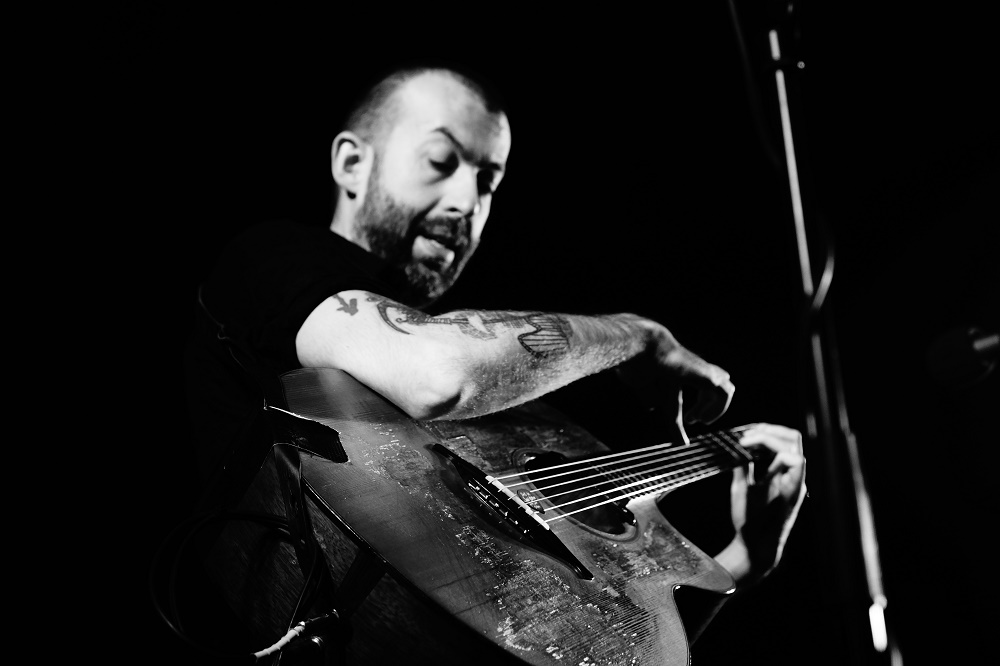 Jon Gomm has revealed a brand new live performance video for ‘Stupid Blues’ – the latest track to be taken from his new ‘Live In The Acoustic Asylum’ album which is out now via his own label, Performing Chimp.

As the latest in a string of live videos to be released from the album, ‘Stupid Blues’ is a track which Jon describes as existing “purely for the joy of playing guitar”.

“There’s nothing much to tell about this song, for a change” comments Jon on the track “I was at college when I wrote it, studying for a jazz degree, and I wanted to strip everything back and write a basic, real blues tune, which is how it starts. Then it goes…stupid. Hence the name!”

Jon will also be hitting the road in Germany and Switzerland in February 2016 on a run of rescheduled headline dates, following an appearance at the London Acoustic Guitar Show and tour dates in Canada, Asia and the UK late last year. He will be joined on the German dates by old friends Kugler & Waloschik who will be supporting him for the entire tour.