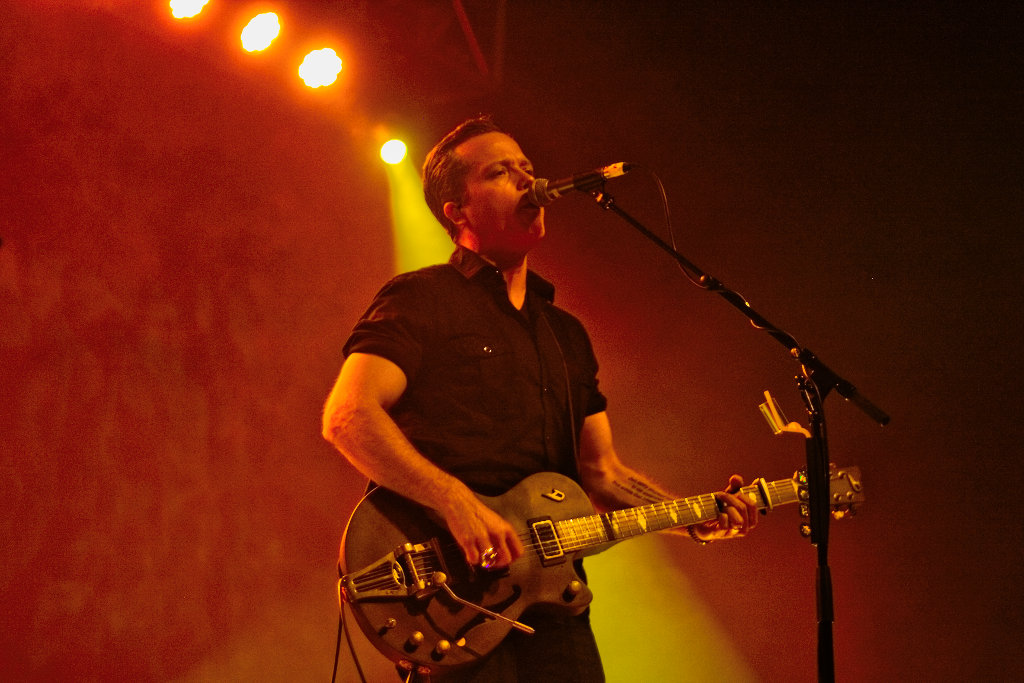 Alabama came to Celtic Connections in Glasgow last night with a superb show from Jason Isbell and his band The 400 Unit. The ninety minute set saw Isbell play a range of music from his extensive catalogue, with both tender acoustic and searing rock songs expertly delivered.

It was another Alabama native, Anderson East who opened the night. His excellent Southern sound came complete with horns and his strong vocals shone through a soulful mix. His passionate love song Only You and the lovely Devil In Me were both excellent, as was his very southern cover of the Faces classic Stay With Me. A broken arm didn’t slow East down at all and his lively set drew an excellent reception.

Jason Isbell and his band were on top form from the moment they stepped onto the stage. A varied set list saw several tracks from Isbell’s most recent albums Something More Than Free and Southeastern alongside a few older songs, including some clear fan favourites. Isbell showed the full range of his abilities, his voice strong and true and his lead guitar work quite excellent.

Isbell is one of the foremost songwriters around and tracks like Travelling Alone, Alabama Pines and Flagship showed just how good he is. His Southern twang gives authenticity to his character driven tales and he imparts so much emotion as he sings. The 400 Unit backed him very well, with each taking turns in the spotlight, including long term collaborator Jimbo Hart on bass, who was celebrating his birthday. Chad Gamble on drums added power while Derry DeBorja’s keyboard work was exemplary and Sadler Vaden on lead guitar provided some fine solos.

There were many highlights, with a powerful rendition of redemption tale Cover Me Up perhaps Isbell’s best vocal performance of the night. Several rockers from Isbell’s time with southern rockers Drive By Truckers increased the pace and were very well received by the large crowd. Never Gonna Change was very good as was Decoration Day and the brilliant Outfit was simply perfect.

All too soon, the final track came around. Isbell finished with Children Of Children, a tender song telling of his parents’ relationship. The extended guitar duel between Isbell and Vaden closed the set on a real high. An encore was, of course, loudly demanded, and Isbell soon reappeared. The night was concluded with the highly emotional Elephant, a deep reflection on a friend’s fight against cancer, and a loose rocking version of Super 8.

Jason Isbell has so many talents, as songwriter, singer, band leader and guitarist, and he used all of them to good effect in this excellent performance. The large crowd was enthusiastic and knowledgeable, enjoying a very fine set indeed. There are few better than Isbell on the music scene right now.