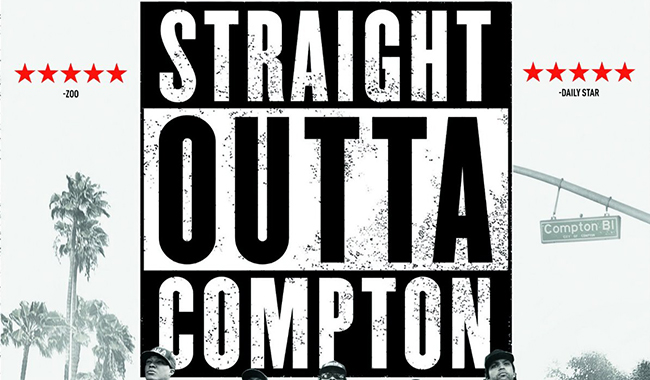 This is the dramatisation of the formation, split and reform of N.W.A in the late 80’s to early 90’s period that saw the launch of the careers of artists such as Ice Cube and Dr Dre.

Charting the group’s history together from obscurity to high life is handled with great care considering just how important they were for freedom of speech in America.  They time itself is as important as the band as many key moments in history happened at the same time making this one of the most important essays put to film. The running time (still way under 3 hours on the direct5or’s cut) seems low considering what they have to pack in here.

The the film does settle on viewing key members of the group (Eazy-E, Ice Cube and Dr. Dre) as the money/control figure, the lyricist and the producer. Dr. Dre gets the most sympathetic view point as a man striving to create art in his own world. Ice Cube (Played brilliantly by the man’s own son) is a power figure not easily duped by others (even his own friends) who also happily lets his temper solve issues for him. Eazy-E is less sympathetic as a small time gangster/dealer turned rapper who wants to hold control and is perhaps more seduced by the money.

You don’t have to be a fan of the genre to get with the story, but you do have to be able to tolerate it to get through. The most interesting thing about the film is the real life impact that Rap has had on the world, but also the fight the band has had against not just the police but also the politicians to get the freedom of speech they have the right to.

Gary Gray has perhaps been working a little too “workman” like in recent years, but he’s really stepped up to them plate for this one and made this one of his more interesting looking films.