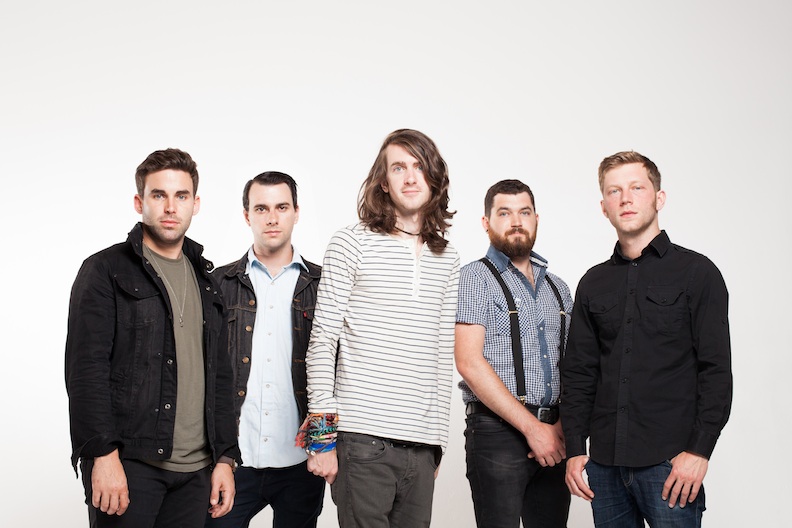 The O2 Academy is barely half-full when openers Beautiful Bodies take to the stage. The trio are an intriguing band that blend punk ethos with a sound that rivals former tour buddies PVRIS for catchy hooks and huge singalong choruses. Frontwoman Alicia Solombrino is masterful and has the crowd eating out of the palm of her hand two songs into their woefully short six-song set. Songs like ‘Animal’ and ‘Capture and Release’ are the sort to make a reviewer sit up and take notice – this is a band that are worth some attention.

Hailing from Baltimore, Maryland, Have Mercy inject some East Coast charm into the proceedings. Songs like ‘The Place You Love’ and ‘Pete Rose and Babe Ruth’ are enough to endear the quartet to the audience. Lead vocalist Brian Swindle’s delivery is a peppered with friendly exchanges with the crowd and his bandmates; all in all a solid performance, but the band don’t come across as one to write home about.

The Maine have their own passionate following – at least half of the crowd are avid fans of the band’s music. Staying away from their older material for the most part (apart from a rousing rendition of ‘Everything I Ask For’), most of the set is from the band’s latest record ‘American Candy’, and go down well. Songs like ‘Diet Soda Society’ and ‘English Girls’ have the crowd dancing and singing along. John O’Callaghan is ever the charismatic frontman, and has the crowd doing his bidding, including chanting ‘Nasty!’ at a crowd member who refuses to emit a wail, O’Callaghan-style. “Come on! I need this!” he yells, to no avail – it seems some are immune to his charms. The band’s fun-filled set draws to a close and they leave to cheers and riotous applause.

Mayday Parade are one of those bands that invoke nostalgia and excitement alike. Well aware that some of their fans have followed them for just over ten years, the Tallahassee five-piece have crafted a setlist that shows off their newer, heavier material from their latest record ‘Black Lines’ but songs like ‘Keep In Mind, Transmogrification Is A New Technology’ and ‘One of Them Will Destroy The Other’ sit well alongside songs that have stood the test of time, from ‘Three Cheers for Five Years’ to ‘Jamie All Over’.

The band are just as good at slowing things down as they are at having a room full of fans dancing and singing – their renditions of ‘Terrible Things’ and ‘Miserable at Best’ bring a lump to this reviewer’s throat. It seems that after ten years of being a touring band, Mayday Parade have it down.