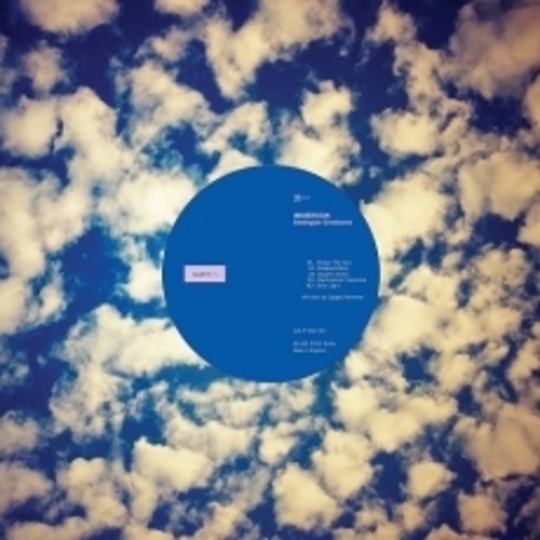 Warning: if you’re expecting something special from Immersion on their latest release Analogue Creatures then be prepared to feel highly let down. This five track release can’t be summed up as sweet but it definitely is short. Flaunting bold arrangements, soaring vocals and tracks which are over far too soon, we decided to see if a few more listens would find excitement within it.

Release starter ‘Always The Sea’ sizzles with synths and hypnotic guitar lines, but is extremely repetitive and if we’re honest the only promising part is the rock edge which makes an appearance towards the end of the track. We’re searching for a kick and as soon as we think we’re going to get it… the track ends. This is a theme which seems likely to carry on throughout the release with ‘Shapeshifters’ seeming like a like for like copy of the first track which honestly feels like a waste. For a duo with such vast experience behind them this serene and smooth track could have been so much more.

Heading towards the middle mark of the release is where we hope things will begin to pick up, but alas again we’re left bored and met with something highly underwhelming. ‘Organic Cities’ creates a gothic atmosphere with a haunting undertone as if a huge twist is about to come at any moment. Soft guitar strums with the odd synth addition soon descends into dull, lifeless noise which from Malka Spigel and Colin Newman we definitely weren’t expecting. ‘Mechanical Creatures’ is the only track surpassing the four minute mark which should mean more time to blow us away with a unique, refreshing and exciting sound. Spoiler: we’re left still wanting more as we find ourselves wondering when it’s going to end. The overkill of synths on this track result in a sound clash reminiscent of a z-list sci-fi film. Despite saying this, with some structure added to create variation and even some new unused sounds this could be a really exciting track and is the first to show real promise.

Closing track ‘Slow Light’ hints that maybe Immersion are a lightbulb slowly warming up to reach their full potential, but it seems again it’s fallen a little too flat. Yes, repetition can often work in a band’s favour, but here it’s hard to not feel the ambient atmosphere created was the perfect setting for a superb track gone to waste. Warm organ infused tones allow a spiritual vibe to be created, whisking our minds into a new world then snapping us back down to reality with a harsh fade out.

We never enjoy finding a lot of negativity within a release but sadly Analogue Creatures leaves us wanting SO much more. From past captivating releases such as club infused Oscillating and atmospheric Low Impact it seems to be a case of steps backwards rather than forwards. For listeners it’s hard to engage with a track which never gets a chance to develop and reach its full potential, as the layers begin to come into their own and the track then fades away. Immersion definitely know they have the potential to make a release to please the masses but this just falls short and leaves us feeling a little well… bored.