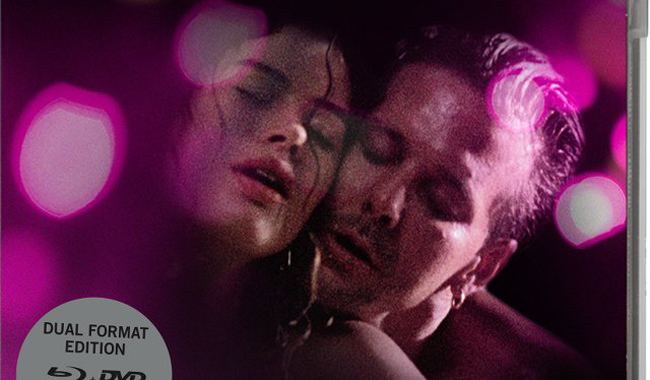 The location of the film is in the exotic locale of Rio de Janeiro a beautiful young virginal girl called Emily Reed arrives (Carre Otis, then lover of Rourke). She has been hired to work with international business negotiator Claudia Lironess (Jacqueline Bisset) who hopes to close on a multi-million dollar real estate project. Emily runs into Wheeler (Rourke), one time lover of Claudia Lironess. Much to Claudia’s chagrin Wheeler begins to guide the innocent Emily through the erotic delights of Rio and they run into a variety of scenarios from a disaffected rich couple who they both seduce and a stranger, an American tourist (Bruce Greenwood) during a masquerade in a bar.

The film is presented on this Eureka! release in both its US ‘R’ release and its unrated version. As already mentioned there are not many sex scenes in the film and the ones that there are do seem pretty tame by today’s standards. The most explicit is the climactic (no pun intended) one at the end of the film between Rourke and Otis that was rumoured to have been real and not simulated – both parties have subsequently denied this. This is the first time that the film has been released in Blu-ray (or for that matter in dual format) and again as with some recent releases by Eureka! this is a film title that maybe better suited or more typical to the likes of the Arrow Video label. It is unlikely to gain many new fans, particularly given the dreadful acting involved by all (it did win plenty of Golden Turkey and Raspberry awards) and other than the two different cuts of the film on the disc there are no other substantial extras.