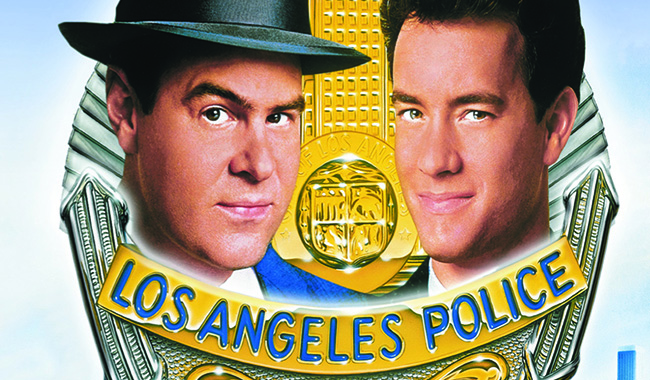 Hard to believe that Tom Hanks was running around in such broad comedies at the time – and this one was even before his smash hit Big. But here he is with Dan Aykroyd as a mis-matched couple of cops chasing down theft, pornography, cults and random hoodlums in order to get their man. The hi-jinks largely come from Aykroyd’s “by the book” stiff cop with a rod up his ass played against Hank’s loses and morally ambiguous partner.

The two work well, but they are clearly trapped in a PG rated 80s comedy.  It’s still got plenty of laughs in here, and some very on the nose directed action and set-pieces, but they are also both fun to watch together on screen.

The digs at the luxury of 80’s Los Angeles culture is lampooned well, and the zany-nature of the action is mildly diverting. Havinga  game supporting cast on board also makes it more of a pleasure, despite its 80’s trappings.

Sadly nothing much in the way of extras!