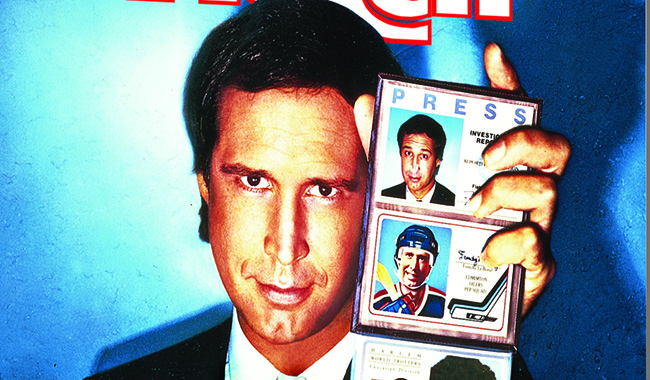 Chevy Chase was on top in the 1980’s and Fletch was just one of the franchises that he was attached to. Fletch sees him portray an investigative reporter who is mistaken for a homeless drug addict (because he was working undercover posing as such) by a very wealthy man (Tim Matheson) who them proposes that Fletch kill murder him for money so that he can avoid a painful ailment that he has just been diagnosed with. Intrigued at the least and smelling a story, Fletch investigates the man’s background only to find all is not as it seems.

Chase has his way about him which endeared audiences to his on screen performances. Fletch became a cult hit – but its blow has softened over the years. It has plenty of 80s hallmarks about it (not least the hair and clothes!), but its humour isn’t perhaps as sharp as you might get today. Fletch is a character form a novel series and may at some point come back into the public eye in film, but the 80s version here isn’t likely to win any new fans over any time soon. It’s a comfy watch for those who know it, but there are bigger and better comedies from the 80s worth checking out instead.