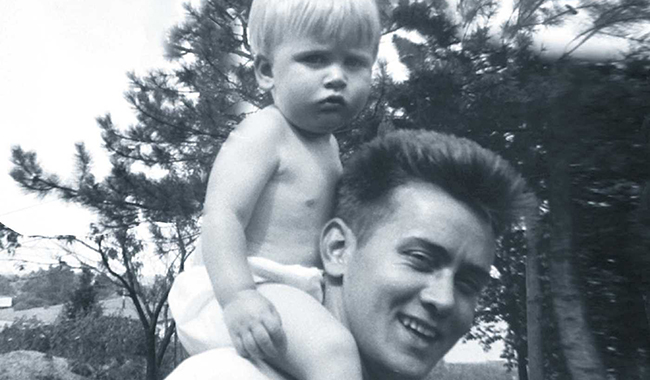 Along the Way – Audiobook Review

As we learn from the introduction of this book – Emilio Estevez asked his father, Martin Sheen, if he would be willing to par-take in a joint biography effort – charting not only their own lives, but giving the spine of the book a narrative that follows the story of father and son.

The narrative of the book flips back and forth from father to son as they work their way through time to the present. But there is a third element to the book that also divides the chapters up and that is time spent on the most recent film that the two made together The Way released 5 years ago. So there is a time travelling element of the past collated with that of the recent present.

Sometimes, but not often, each narrator makes comment on the previous chapter by their counter-part – sometimes to realign focus on a point made. This shows that the effort here was indeed collaborative, but without much in the way of direction being imposed from one to the other.

Sure they decide on moments in time to focus on where both parties were present, but both members of the family do have free reign to talk about other characters in their lives and other important times where the other was not present.

Overall both stories are fascinating, interesting, thought provoking and very well balanced. And in Audio form both read back their own words well, especially Sheen who has a strong command of words. If anything you come away with a yearning to hear more. And by more we mean we’d love to have a similar experience, but with Charlie Sheen and his turbulent career and personal life, but often overlooked success as an actor which is also closely interwoven with both Emilio and Martin’s own careers. Martin Sheen does imply towards the end that there may well be something forthcoming in regard to his other three children. Whether this turns out to be something like this, or more private is yet to be seen.

But for the focus of these two – it’s something very original and often touching. Highly recommended for fathers and sons in particular.