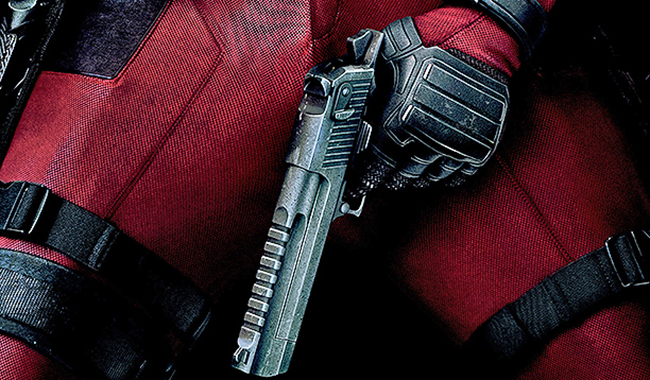 In 2009, we finally saw Deadpool on the big screen. Kind of. To be fair, it wasn’t the Deadpool we wanted, nor the one we deserved. Kind of.

Ryan Reynolds epitimizes the character of Deadpool, and Wade Wilson. He is as likeable, charismatic and weird as you need to be Wade. Sadly, in 2009, he wasn’t given the ample time or attention to really go for it. But, in 2016, after a lot of graft and waiting, the opportunity arose and Reynolds really grabbed it by the throat. Then skewered it while smirking down the camera.

Undeniably, what Deadpool had to get right was breaking the fourth wall, and Reynolds does so in great fashion. Confusing his onscreen junkies as he stares down the barrell of the camera, Reynolds is clearly revelling in the role and we’re loving him for it. Bearing closer to his Blade Trinity persona than Van Wilder, he treads a fine line between being funny and annoying, and comes out on top.

Deadpool is, without a doubt, Reynolds’ film. And, to be fair, not everyone else has a lot to do. Ed Skrein’s Ajax, the villain (or British Villain, as the opening credits would lead you to guess) doesn’t exactly look like a villain, nor come across as one. Sure, he’s the man who turns Wade into Deadpool, but anything else?

We’ve also got cameos from Colossus and new X-men team member Negasonic Teenage Warhead, a teeny bopper with insurmountable power… And a name that Deadpool is intensely jealous of. We also have the love interest, Vanessa Carlysle, who too is a character from the X universe, but we are yet to see her take on her alter ego.

As a narrative, the film hits some pretty familiar beats, but no doubt does bring some new stuff to the table, that only an R rating could allow. In the film where Deadpool made his first appearance, Wolverine undergoes some torture to become the man we know and love, but we never see his pain. Wade, on the other hand, we see is in excruciating pain due to what Ajax subjects him too.

It’s moments like this where Deadpool earns it’s stripes, and we have to reward it for that. Go see this film. Go see it again. This is an important film, one which could usher in a new wave of franchise films, ones which are aimed at the older, more mature audience. Which is exactly the crowd that Deadpool wants, so that he can bring us all right down to his level.