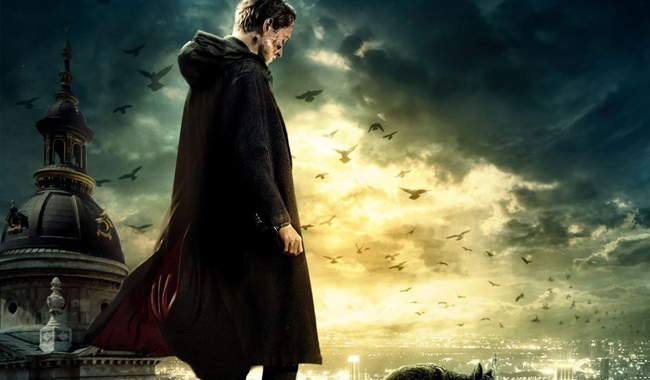 We are two years shy of The Modern Prometheus’s 200th anniversary. It’s redundant to discuss the enduring legacy of one of horror fiction’s bona fide masterpieces. However it is worth discussing Candyman director Bernard Rose’s fascinating, albeit flawed, rendition of Mary Shelley’s classic.

With the DVD and Blu-Ray release landing on the 22nd February; viewers will discover a low-fi, elegantly shot, character piece. The cinematography is almost painterly, with an excellent line in crisp visuals and thoughtful camera work. However, Frankenstein’s twin dysfunctions come from a few brow-furrowing plot holes and considerable drag in terms of pacing.

Frankenstein’s primary successes come from some stellar performances. Danny Huston is simultaneously empathetic and despicable as our modern Viktor (complete with an appreciated ‘IT’S ALIVE!’ cry at the start). Carrie-Ann Moss is compelling as “Monster’s” mother – a conflicted scientist who’s maternal instincts generate the emotional conflict at the stories’ core. Every character is balanced and enriches the narrative, from the bastard cops who harass the destitute creation to Tony Todd’s streetwise mentor.

Xavier Samuel had to bring his A-game, and he delivers an A+. The weight of the entire story lies squarely on his shoulders, and he is certainly up to it. From his birth to his life on the streets and his inevitable confrontation with his creators; Samuel approaches his Monster with nuance and genuine emotional energy.

He grows into his role – portraying an adult sized toddler who drags his scarred carcass through a cruel and confusing life of hardship on the streets. He’s mute for a great deal of the movie, but he sells his role effortlessly. And it certainly helps that Rose made the decision to have the actor perform extracts from the original novel in a voice-over. It’s part homage, but more importantly an effective means to communicate the depths of Monster’s heartbreak, rage, sorrow and almost childlike sense of wonder.

This version of Frankenstein certainly isn’t perfect, but it’s certainly worthy of your time. Rose presents us with a thoughtful, inventive yet entirely respectful interpretation.