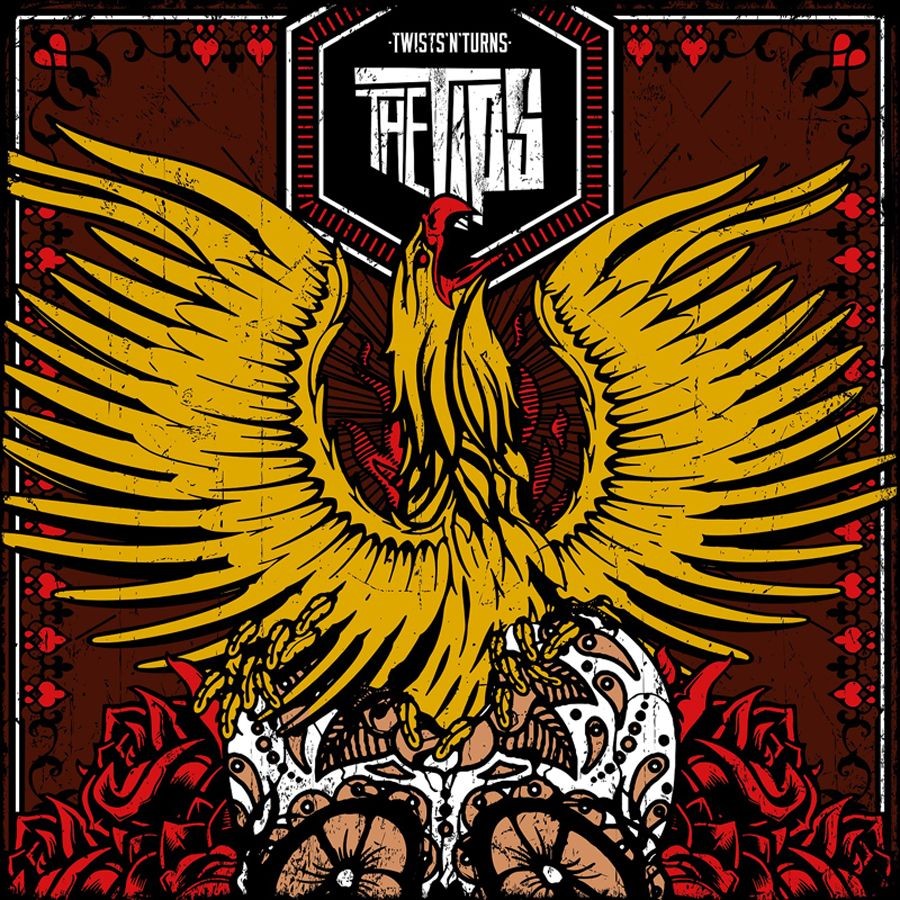 Let’s face it, protest music could come from just about anywhere on the planet right now. The TiPS are veterans of Germany’s DIY punk movement and have been dropping the dub and reggae elements in to their sound since their 2011 debut LP High Sobriety.

Reggae rock is a notoriously hit & miss sub-genre so it’s no surprise that only a handful of acts have escaped the inevitable ‘all sounds the same’ tag associated with the sound – Sublime, Long Beach Dub All Stars, RX Bandits, and obviously The Police all come to mind pretty quickly. The TiPS have just about managed to do the same, albeit via a pretty safe formula of reggae beats, soulful guitars and plenty of anti-system rhetoric in the crisp & clean vocals. There’s plenty of big tunes here mind, and for a three piece they make a huge noise, and they’re clearly all excellent players – it’ll be interesting to see how this translates in a live setting. Most punk rock bases are covered across the 12 tracks on offer, and their skateboard scene roots are prevalent throughout – most notably in ‘Do It Right’ with up-tempo Less Than Jake style verses and heavier metal-reggae riffs of the chorus and end sections.

Opener ‘Birds In The Trees’ features Benji Webbe of Skindred – it’s a cool collaboration and a good introduction to the record; atmospheric keys give way to a huge recurring riff verging on Rage Against The Machine territory, in between off-beat reggae verses and a huge half-time rock chorus. ‘Leaving Home’ is the first of several tracks to reflect on the current refugee crisis, given a good dollop of the dub treatment, with nods toward fellow dub-inspired trio Bedouin Soundclash.

‘Wasting Time’ gives singer & guitarist Aljoscha ‘Ali’ Thaleikis room to shine with a tasty blues lick Joe Bonamassa would be proud to take home. The song itself is a personal moan about – you guessed it, wasting time, getting stoned, waiting for the evening, and the overly-poppy Jason Mraz vibe of the delivery doesn’t do much for me. Thankfully, both ‘Chosen Fool’ and ‘Johnny’s Song’ turn things around, with old-school punk Bad Religion esque leanings to the latter.

The soulful pop of ‘If You Want To’ laments tales of late nights in the studio, long flights and friends and lovers missed. ‘City Lights’ offers a big fuck-you to the struggle of living in a modern capitalist society, whilst ‘Alien’ slows things right down with another anti-system message for the listener. The TiPS are pissed off, but they’re being pretty chilled out about it…and writing some really cool tunes and meaty riffs as their way to blow off some steam.

‘Back In The Days’ is about being back in the day! All the mates, all the laughs, all the shit going right down. Except even back in the day I couldn’t stand OPM, and despite a blatant nod to early Red Hot Chili Peppers in the impressive guitar solos (two!), there’s way too much of a Heaven Is A Half Pipe thing happening here. Skip. ‘Still Turning’ is the token acoustic number to round off a pretty good album in a pretty average way – it doesn’t really suit the 11 tracks that have come before it and would perhaps have served better as a B-side or bonus track.

Twists N Turns is a good example of modern reggae rock that offers just the right balance of anti-system aggression with all the fun and care-free values of punk rock. A worthy collection to any modern rock listener’s collection.