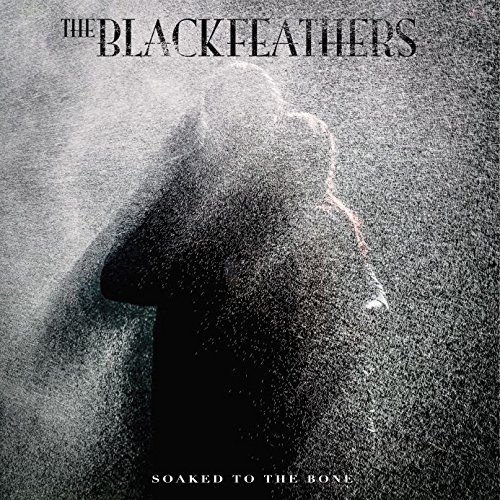 The Black Feathers – Soaked To The Bone

Soaked To The Bone is the excellent debut album from Gloucestershire folk duo Sian Chandler and Ray Hughes. The husband and wife team have a pure folk sound, mainly acoustic and stark, with occasional touches of Americana and country. But what really makes their music stand out is the clear and pitch perfect vocals. Whether singing individually or coming together and harmonising beautifully, the two voices are quite superb.

The eleven tracks on this album have been a long time coming. Over the past couple of years The Black Feathers have concentrated on touring, building up a strong fan base. It’s been a wait for some new recorded music, but the eleven tracks on the album are well worth waiting for.

Take Me Back opens the album with a country feel and builds into a passionate plea, Sian Chandler showing that she has vocal power as well as a gorgeous tone. The slower Goodbye Tomorrow has Ray Hughes’ deep voice leading another Americana infused love song that’s passionate and drips with feeling. The pace stays slow for the heartbreaking Arclight and the contrasting sultry tone of Blind, a quite sublime love song.

There are more upbeat tracks here too, as the pace changes several times. Perhaps the best is the new single All For You, a fine love song, with its repeated guitar melody and more lovely harmonising. The first single from the album Down By The River also has a jaunty feel, the country influence clear in a faster paced song. On Clear Blue Sky ends the album with real style, the pace dropping once more for a slow acoustic song delivered with strong emotion.

The one cover version on the album is a beautifully tender acoustic duet of Bob Dylan’s oft recorded Make You Feel My Love. The clarity of the twin vocals here gives their slow version of this fine song a power and a level of passion far in advance of many other renditions.

The instrumentation definitely takes second place to the vocals on this album. But there are some lovely acoustic guitar work and occasional touches of soaring fiddle or resonant cello that work well. Add in the considerable talents of British musical legend BJ Cole on pedal steel and you have a subtle backing that complements the vocals very well indeed

It is more than two years since The Black Feathers released their five track EP Strangers We Meet. If that brief offering showed the promise of this due then Soaked To The Bone now confirms Sian Chandler and Ray Hughes as major talents, with an appeal that will extend well beyond the confines of folk music.