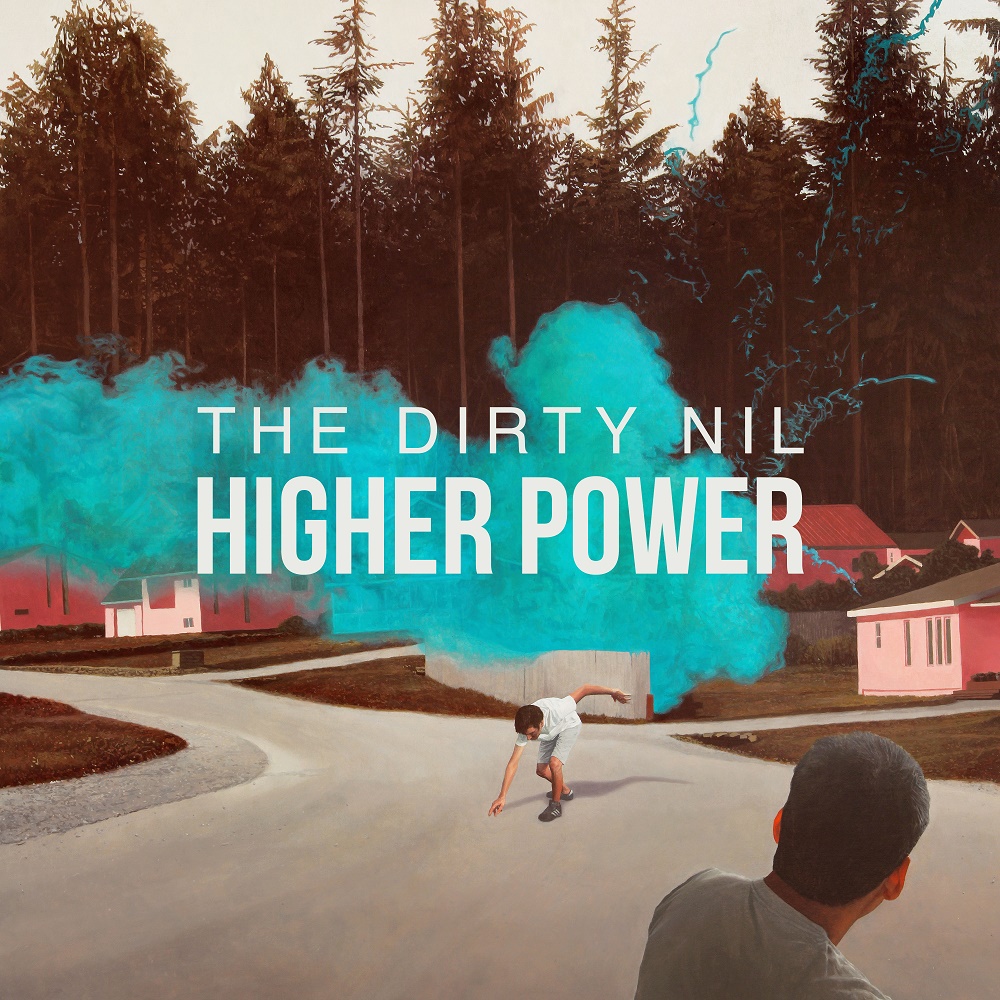 The Dirty Nil formed in high school a decade ago in 2006, and their long-standing friendship and ease with one another is evident in their newest offering Higher Power, set for release with Dine Alone Records on February 26th.

Higher Power is tight in both instrumentation and vocals, and the rapport between the three members is palpable in the togetherness and vivacity of the album. The band class their music as rock and roll, and Higher Power taps into the hallmarks of the genre immediately for the listener to settle into – it appeals to some sort of natural rhythm within us, making it impossible (or at least very difficult) not to tap your foot or nod your head along. The album as a whole proffers energy and youthfulness, as gleeful lyrics and melodies pair with rhythms that make you feel like making use of the sudden surge of vitality.

The record opens robustly with ‘No Weaknesses’, setting the tone for the album’s rock and roll vibe. The words “higher power” are featured within the first few lines of the song, charging un-apologetically into the crux of the LP. The tempo and rhythm changes in this one are a taster for those in many of the songs, such as ‘Violent Hands’ – given the constantly leaping time signatures, it’s especially impressive that The Dirty Nil keep themselves, and indeed us, in definite rhythm throughout the album.

The aforementioned tight vocals are excellent: a mixture of shouting and singing, they are controlled at all times and perpetually in key.The band’s prowess in this field is notable in ‘Zombie Eyed’, the first few seconds of which involve a seemingly effortless vocal octave leap, and in ‘Bruto Bloody Bruto’ in its extended note-holding at various pitches and in different styles.

While The Dirty Nil present themselves as a rock and roll band, there are deviations within Higher Power which nod to other genres. In keeping with the rest of the album, these differences are highly controlled, moving just far enough to make them apparent but never so far as to leave the main genre entirely.

The album’s third track, ‘Wrestle Yü to Hüsker Dü’, is the first instance of a darker, heavier feel: the song uses weighty instrumentation alongside a laconic rhythm to create a defiant, “just try me” feel. This is followed by the very grungy ‘Lowlives’, in which raw, hollered vocals and super fast drumming is balanced out with a classic rock guitar line. Grunge is a common theme in the album; ‘Know Your Rodent’ and ‘Fugue State’ both have elements of the style, while ultimately staying true to The Dirty Nil’s stretched rock and roll roots.

As is so often the case, Higher Power turns towards the darkly pensive in the last few tracks. ‘Helium Dreamer’ is grim and thrashing, with disillusioned lyrics and the repetition of “liar” getting angrier and harsher at every beat. The album ends, aptly enough, with ‘Bury Me at the Rodeo’, another song of misery which is wistful and sadly meditative in parts.

Higher Power is rock and roll if only because The Dirty Nil absolutely bloody insist it – it’s certainly an unusual kind of rock and roll, with definite leans towards grungier genres, but it keeps itself authentic with classic riffs and instrumentation. Given that rock and roll is one of the most over-exposed genres, it’s fascinating to hear Higher Power’s very disciplined variations on a theme.