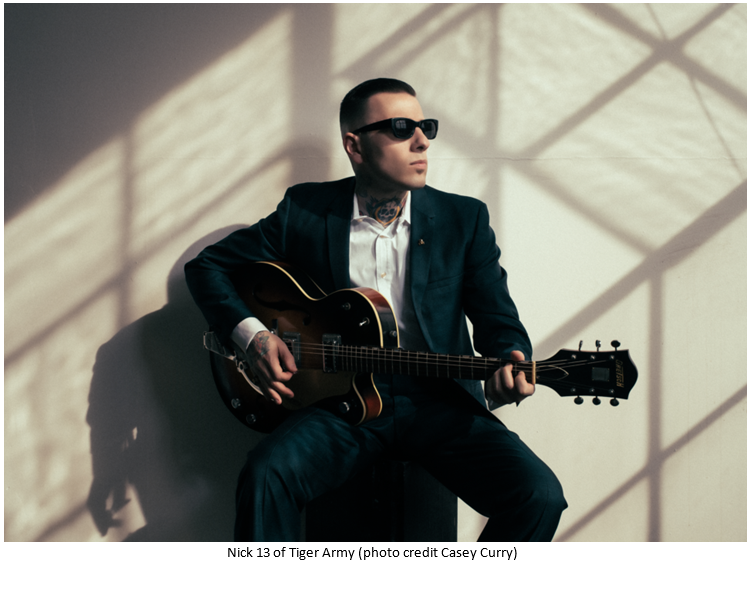 Track of the Day: Tiger Army – Prisoner of The Night

Los Angeles-based rock’n’roll psychobilly punks Tiger Army have released a brand new track ‘Prisoner of the Night’ today, the first to be taken from their much-anticipated new album, V •••– set for release on LunaTone/Rise Records.

About the track and how it fits into the band’s set, Nick 13 says, “Our sound has always been about a mix of old and new. But this song, like others on the new record, draws from the early ‘60s. It was a transitional period after the end of rock ‘n’ roll’s first wave, but prior to the British invasion. There was a lot of sonic experimentation as people tried to figure out ‘what’s next’? Radio singles of that era also went on to influence early NYC punk, so ‘Prisoner’ plays with that as well.”

The band are currently on tour with Dropkick Murphys in the US – see below for dates.