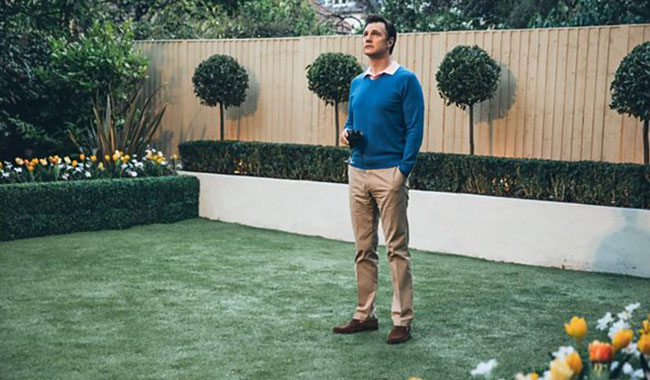 The Ones Below Review

Two couples, both expecting; each with contrasting ideas about starting a family. (Kate) Poesy and (Justin) Moore are easy going and mutually reassuring. (Jon) Morrissey is controlling and demanding, with his timid wife Teresa (Birn) well under his thumb. Their blossoming friendship is tested by tragedy when a freak accident causes Teresa to miscarry. Her grief and Jon’s resentment clashes with Justin and Kate’s mounting frustration and doubts, leading to an increasingly disturbing fixation on the latter’s unborn child.

It’s encouraging that a British film like this has been green lit. Unfortunately, the execution falters somewhat – the overall tone of The Ones Below is sedate. Tension  comes in bitesize chunks rather than be simmering away in the background consistently. Ultimately The Ones Below is an effective short drawn out to 90 minutes. Curiously, it’s never dull despite possessing little for the audience to chew on. This is the film’s primary fault in many ways – it’s unremarkable and far too easy to disregard, one way or the other.

The performances are solid however. Poesy is likeable and her relationship with Moore is both believable and relatable. Birn’s quite grief and obsessive nature, while muted, is well observed. Morrissey is a little less convincing, almost coming across as a mature cartoon villain at times, but never infuriatingly so.

The Ones Below isn’t easy to recommend, but it is not a bad film. Given Farr’s history with the Royal Shakespeare Company – and the finer points of his characters here – he may well be one to watch. Right now, he needs to inject a little life into his direction. “Promising” is the key word at the end of the day.