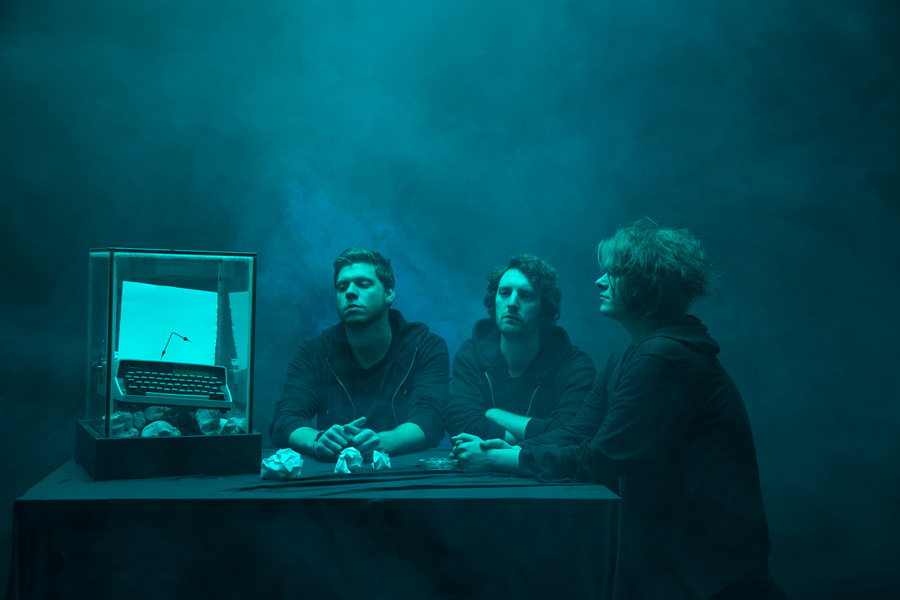 But no, as the fullness of the track reveals itself in shimmering distortion I come to the realisation that the band must intend for it to actually sound like this.

And I’m genuinely intrigued… it isn’t bad, it just isn’t recognisable as the music that popular culture has conditioned us to accept. In fact, the first track to emerge from the EP release, Healthy, draws so many audible parallels to ‘a real song’ that I could quite easily be led to believe that this is either a cover version or a remix by a collective of Berlin art-punks. Everything a song requires is in place, it just sounds… different.

The entirety of the Dreaming In Monochrome EP as it presents itself proves equally as palatably challenging, opening track I Was Yours To Keep packs excess noise into its screamo stylings to the point that even metal-heads would be left shuddering, whereas the gentler Night After Night After Night, while much easier on the ears by comparison still manages to swerve settling for a pretty little dreamscape anthem by layering up glitchy electronic flourishes.

If you manage to make it four tracks into the release than Purgatory is the calm before the storm of closing track It Feels Just Like A Drug, a brief respite as the feedback and distortions are scaled back to reveal a haunting and sparse track brimming with inner turmoil, before giving way to a throbbing nightmare of rabid frequencies, pushing the sounds of The Cooper Temple Clause, Aphex Twin, The Eighties Matchbox B-Line Disaster and Crystal Castles through a wood-chipper and sweeping together whatever shattered shards remain. It tests your patience and your mettle as a music fan, but somewhere within there is still merit that allows the release to play out to its own fragile conclusion.

And there must be an audience for this niche musical maelstrom that straddles the divide between ‘songs’ and ‘noise’, providing a near perfect balance of both but presumably too far from the norm to bridge a true cross-over appeal, that audience can no doubt be found at gigs and purchasing the limited multimedia EP release, and curiosity may convince me to join them.