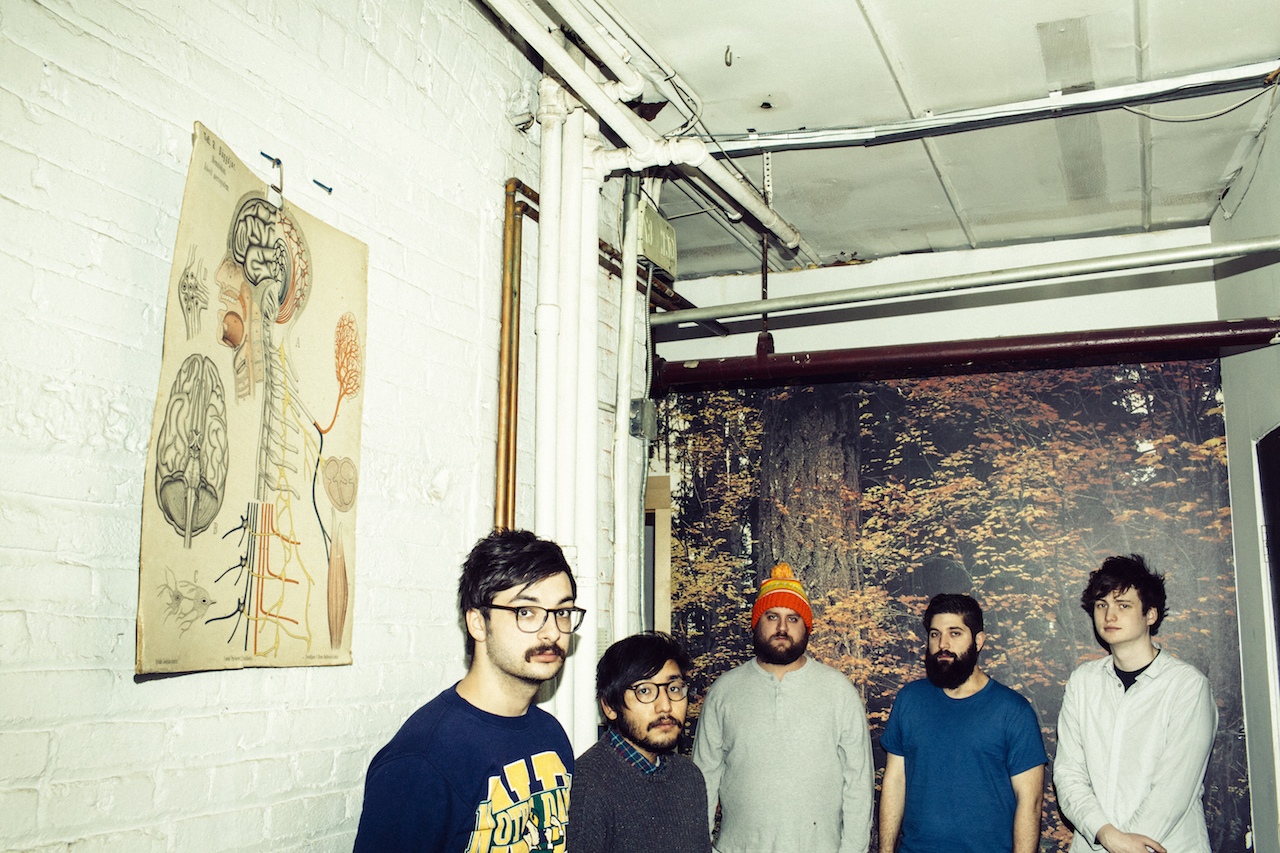 St. Louis, Missouri quintet Foxing have just released a mesmerising new video for ‘Night Channels’ which you can see below. The 11+ minute short film and music video was written and directed by the band and collaborator, John Komar, to exquisitely marry their beautiful music into a captivating, cinematic epic.

It was crafted over a period of seven months, with all band members contributing to elements of the video, be it acting, intro / outro score writing, and dialog recording.

Josh Coll (bass/vox) explains how the full creation of the video came to be:

“I wrote the treatment for “Night Channels” last summer while we were touring Europe. It being my first time their, I took every opportunity I had to go on long walks through each city. I had it in my head that I would write our next video while strolling through some beautiful European street; perhaps over romanticising a preconceived notion of what it means to be a creative abroad. I found myself listening to ‘Night Channels’ on repeat for almost two weeks straight, unable to focus in on a narrative, as well as feeling devoid of all inspiration. As the tour neared it’s end I came to terms with the fact that it may be time to admit defeat and outsource the video to some professional production team; be rid of the stress and labor. I remember distinctly walking through Amsterdam and feeling the city completely rip through me; somewhere between the the neon red smeared across everything and witnessing these strong women expose themselves to stoned tourists, the entire story poured out of me. I sat along the canal and wrote feverishly.

When we got home I worked with our actress/dancer Jess on the routine for several weeks, while simultaneously scouting locations and trying to secure more actors. We shot the video in a three day period with the same small crew we’ve collaborated with on all our videos, as well as three new friends, who flew in from New York to work with us. I spent a month on the road editing it in our tour van after our concerts. When we got home from tour our guitarist and touring sound technician recorded the post-dialog audio in my living room, our other guitarist scored the intro and outro music on his laptop in my bedroom, I put the final touches on the video less than a week ago.

When I wrote “Night Channels” I didn’t foresee it taking almost seven months to complete, but when I look back at it, the fact that every member of the band has a working credit in the video, and the fact that we continue to control our creative work from start to finish, rather than handing it off to others, I am very proud of it.”