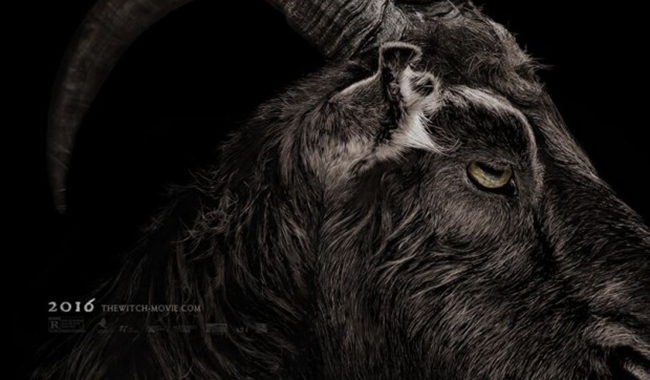 17th Century, new England. Rejected from the safety of a local community; A family of seven head out into the wilderness to live their lives. But growing crops or hunting game turns out to be a harder task as the spot they picked happens to be a place of evil.

This may make use of authentic language taken from written scripture (which as many of us know is not often the same as spoken language) – but thickly layer on it is in this creepy thriller that focuses more on the human loss of control and perpencity to live through lies on a daily basis.

But don’t let that make you think that the title is merely subliminal. Barely ten minutes in and you get some bloody Witch action that is merely the start of the families torment.

The Witch relies often on a very disconcerting music score (it hasn’t been this in your face since Dario Argento’s own Witch masterpiece Suspiria). The film does have some Strong visual as well, but often feels that it could have made more of the space from a 2.35:1 ratio.

As a mood piece then the Witch grabs your attention, but all to often like many cult (and ultimately well regarded horror films) it is far too oblique to work for mass audiences.

Don’t expect answers, don’t expect resolution, but do expect Ben Wheatley to be first in line.