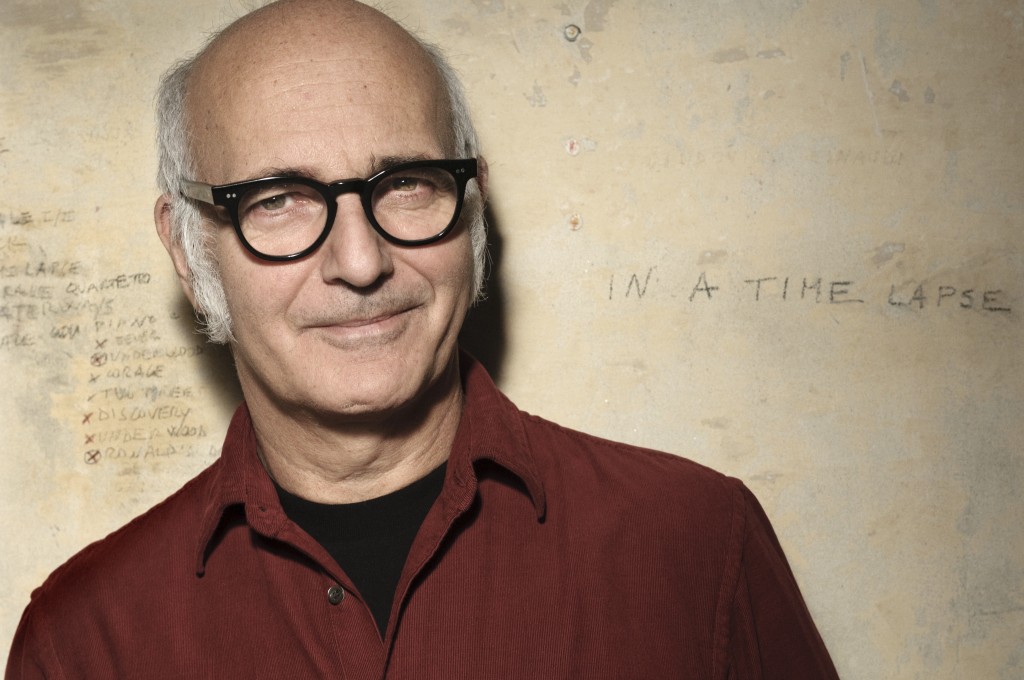 It starts with a hiss of static, like background radiation from the Big Bang that dances on the screen suspended over the stage. One by one, in the darkness, band members appear like lone amoebas floating through a void. If tonight’s appearance by Ludovico Einaudi – the second in the city this week – is aimed at promoting new album Elements, the opening to the show couldn’t have been more explicit if it had tried. Bringing together each separate human element that makes up his live touring band under a banner reminiscent of the origins of life itself is about as strong a metaphor as the Italian composer could hope to get.

Split into two halves, with the first packed full of tracks from the new album, Einaudi wastes no time in launching headlong into highlights from the record including the swelling beauty of ‘Petricor’, an ode to the post-rain drenched earth from which the song draws its name. It’s on these sparse, simplistic new compositions that Einaudi has finally shown his mastery of form and function – eschewing a lot of the bombast and some of his fall-back orchestration from his earlier material, he succeeds in capturing the pure essence of the human experience of life on Earth. Conjuring detailed and tangible imagery with the power of music is no easy task, but it’s one that appears child’s play in his hands.

The first half tonight is often spellbinding and mesmeric, reducing the audience to a silence so acute that it’s only occasionally punctuated by the breath of those sitting close by. Einaudi revels in these moments – his back to the audience, humbled or perhaps in deep concentration, he remains silent throughout and rarely even pauses for applause. He has the air of a man who knows that he’s grappling with big themes, wrangling his compositions like a potter at the wheel, shaping them and steadying them as they threaten to tower out of control in their grandeur.

For some classical purists, Einaudi strays too far into the realms of pop sensibility to be considered legitimate, but perhaps his mastery of simplicity and his remarkable understanding of the pop structure is what makes him so unique amongst composers. It would be unfair to write him off as populist – many of tonight’s performances are punctuated by intricate percussive scratching, innovative use of the instruments themselves and at one stage even the sampling of dripping water and a metallic plate lowered slowly into a tank of water.

It’s during the second half of the show that a few cracks appear in the armour, as older material highlights a few compositional tropes and an over-reliance on brash, effervescent crescendos that have seen him gain success on film and television soundtracks, where bigger is more often than not considered better. However, his new-found appreciation of the tiny grandeur to be found in the moments between the notes is what really makes tonight an overriding success, resulting in two standing ovations and an enraptured audience.

Einaudi has become beloved of students the world over for creating music that is perfect for deep thought and concentration, and no wonder – it’s a pleasure to feel so stimulated by his interpretations; themes of interconnectedness, the passage of time, electrical signals and the nature of communication rush through the mind. If music is truly the language of emotion to transcend all barriers, then Ludovico Einaudi must be one of our most fluent translators.