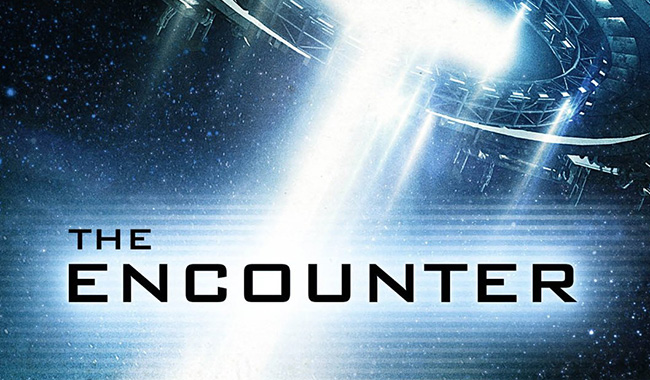 We’re barely a quarter of the way through 2016. We already have a prime candidate for worst DVD release of the year.

The Encounter explores the chilling plausibility of alien abductions. Badly. Sex and bong obsessed campers, some hunters and a conspicuously hopeless park ranger find any reason to keep their cameras rolling while being infected by slime and savaged by unconvincing make-up effects.

This film is useless. In fact, the only thing it does well is further highlight the fatal flaw of any found-footage movie – you have to contrive why everyone has cameras and then gloss over those moments when any halfway sane person would ditch them. Suspension of disbelief is one thing. Grabbing your camera before approaching your friend’s ravaged carcass is another.

The Blair Witch Project broke the mould: conceiving of and executing a (then) original concept with remarkable skill. 17 years later and film-makers are still stumbling along to its beat, without any apparent understanding of what made that film work.

The Encounter has a couple of decent jump scares, and a string of increasingly feeble ones. At one point a hunter stumbles across a wounded “Grey”. This sudden reveal is meant to be startling, but given how jarring the special effects are, it comes across as humorous more than anything.

There is potential here, but little in the way of creativity or originality. The Encounter has nothing to offer you.