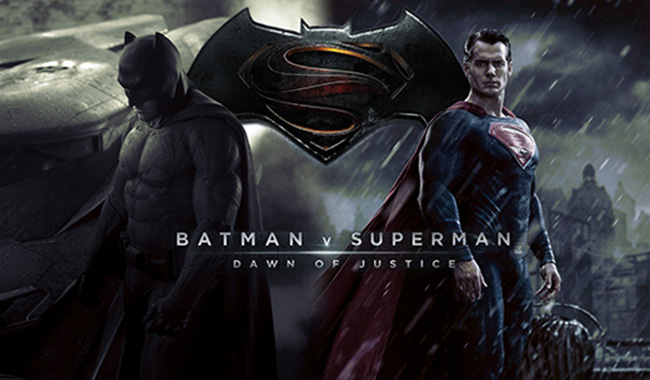 What are the makings of a great film? Boil it down: There’s the actors, the story, the director and the audience. If these four things can come together in unison and really gel, something fantastic is usually the result. But if one or two of these factors are amiss…

Batman v Superman: Dawn of Justice comes true in a few of these. The actors are on point in their respective roles; Henry Cavill is really making that of a young Superman finding his way in the world, while Gal Gadot’s Wonder Woman was a joy in her portrayal of the character, finally gracing the big screen.

The obvious talking point is Ben Affleck as Bruce Wayne/Batman. Met with both controversy and intrigue when announced; he very much brings something new to the character. But some of these new aspects are down to the story, and it seems that in this universe Batman has no problem breaking his one rule.

We also have Jesse Eisenberg as Lex Luthor, bearing a bit close to Gene Hackman but with something more sinister going on. This is seen as Lex is trying his hardest to take down Supes, and the way he goes about it is methodical but also demands a second look, as it takes many coincidences for his breakthroughs to take hold.

That being said, the major player is director Zack Snyder. DC and Warner Brothers’ golden boy, headed to take care of their cinematic universe, can be somewhat forgiven for his attempt at this feat. We finally see two behemoths of modern culture on screen, and while it may not go exactly as we’d hope, it is commendable to take on a task that was never going to satisfy everyone.

And so Snyder went for a story straight for the comic book fans. There are certainly moments here that those of a vague familiarity with the characters are going to miss out on, and Snyder knows this. But he goes all out in trying to please the one person he wants to, and that’s himself.

Snyder is an out and out comic book fan, it’s his repertoire, what he grew up on. He is his own audience, and hopefully his biggest critic. Because no film is without fault, and BvS is certainly one such film.

Despite its massive run time, it takes ages for the film to really kick off, and the opening hour feels like poorly edited, slapped together scenes with bits in between missing. It also, at times, feels like two films are going on at once, as the focus switches from the two title characters almost every 7 minutes.

That being said, it’s hard not to give credit where credit is due. The opening scene directly addresses the main criticism of Man of Steel, this film’s predecessor. But then later, we have lives shoved down our throat to ensure such a backlash couldn’t possibly happen again.

There are some tremendous fight scenes, but the one that matters isn’t it. The title card of the night is enthralling, finally seeing scenes ripped from The Dark Knight Returns in live action, but pales in comparison to Bats taking out a room of goons, a scene already promoted in a trailer.

The means of taking Superman down is the cliched one, but how he is persuaded to fight isn’t quite what you’d think. Indeed, there are a lot of surprises throughout this film, and the teases for the future do invigorate a bit, if being a bit more forthright than what we’ve seen in Marvel films.

And yet this is always the comparison – how is it when you pot it against Marvel’s best. And it is clear to see that DC are playing catch up, but let’s just be glad that we have such rich and varied source material to keep us entertained. And while we’re on the subject, not every film had to be chock full of jokes.

All in all, yes, this is a movie. It has actors, something of a convoluted story, a director and an audience who will never be pleased. But hopefully Snyder truly is his own audience, his biggest critic, because otherwise any comparison you do want to make will be pointless.