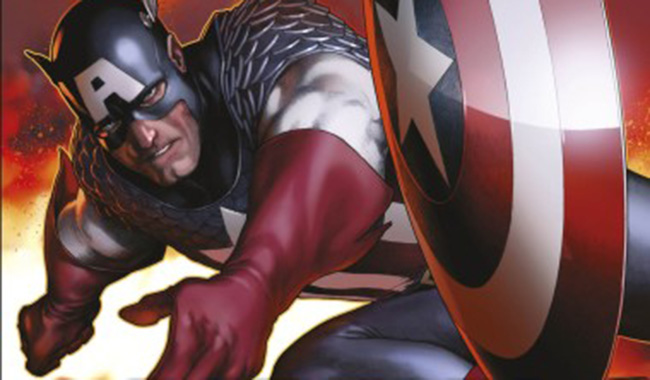 Captain America: The Ultimate Guide To the First Avenger Review

Previously released by DK some years ago was the Guide to Iron man, this book takes very much the same approach. It’s hardback, it’s in full colour and is devoted to the comics series of one of Marvel’s most popular characters.

The book comes loaded with a name contributor providing the foreword, and what better name than Stan Lee to provide this.

The book then takes a close look at the uniform, weapons (yes the shield too) allies, friends, enemies and a general timeline for the character. The book deconstructs down through the decades from his time in the 1940s including profiles on the characters near and dear to him at that time as well as his most prominent enemy the Red Skull.

The 1050s brings in communism, and continues through the 60s, 70s and so on until you get to the more modern set Captain America stories. Many of which are having an influence on the current movie universe. So you can expect more character profiles on the likes of The Winter Soldier and so on.

For a book that is a couple of hundred pages long you get a broad stroke of the comic life of Steve Rogers, and put together in a very colourfully design way. And the asking price is on the lower end of what you may expect from DK. Well worth the buy – Anyone that already owns the Iron man book for many a year back will know what to expect. Anyone that doesn’t will have another title to add to what can head to be a very appealing collection.