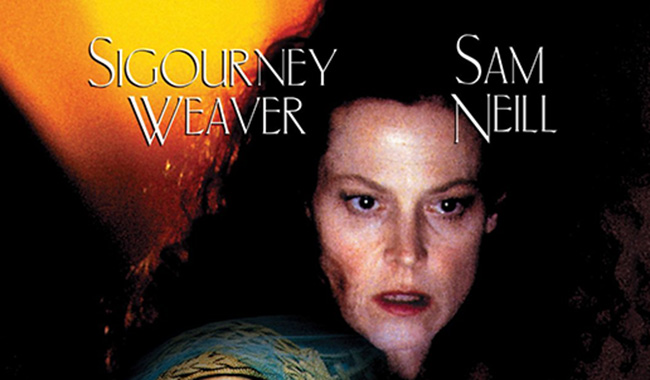 We have still yet to get a great live action Snow White movie made.  In recent years we had to suffer two very poor adaptations in one year. One a colourful, but a bit whimsical version with Lilly Collins going up against a very pantomime Julia Roberts; The other a boring CGI ravaged yawn fest starring Kristen Stewart facing off against Charlize Theron.

But back in the late 90s they almost got it right with this very dark tale featuring Monica Keena, and a scene stealing Sigourney Weaver as the wicked queen.

There is a thankful absence for the large part of CGI – relying instead on costumes, sets, and natural scenery (Hello cheap European shooting location!) to tell the tale here, and a dark one at that.

Aimed at a slightly older crowd, this version of Snow White pulls in as much, of the nowadays often absent, adult themes back into the tale.  Blood does spill and witchery is among the people in this one as the young Snow White, known here as Lilliana is terrorised by the venomous step-mother.

Anyone looking for seven dwarves will instead find a group of outcasts that Lilliana seeks shelter with, and many of them aren’t as happy or welcoming as their cartoon counterparts; especially when they discover how cursed they may be to have her in their company.

As the heroine Monica Keena is perhaps a little too unseasoned for the role, and the use of her natural American accent is somewhat off-putting. She seems cast largely for her big blue eyes and pale skin – which do look good on camera.  Sam Neill is game enough (but largely absent) as the unaware father leaving the film to be stolen, commanded and pretty much be all about Sigourney Weaver who effortlessly puts in one of the best “Wicked Step-mother” roles we have ever seen on screen. A shame so few have seen it!

Also a shame then that what surrounds her isn’t quite as up to scratch as one might hope. The ingredients are there. The look of the film sometimes slips into the “tele-visual” which also harms the film. But there are moments of visual ingenuity the help offset the shortcomings of the director. In retrospect then this is, all in all, an effort that was worthwhile and is worth investigating as it makes more modern attempts in comparison pale more than the titular character.