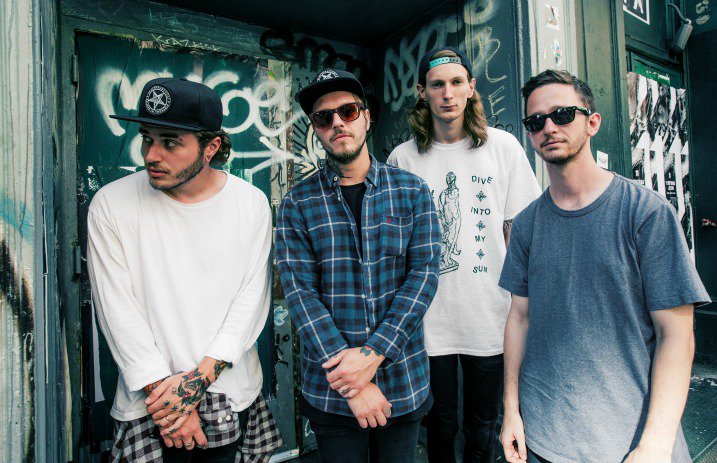 There are some bands that can try for years and miss the point, and there are others that just get it. Moose Blood headlined Islington Academy in London recently to a crowd of over-excited twenty-somethings and practically oozed emo – Jess Kempner took in the atmosphere:

Following on from fresh on the scene duo GreyWind, who did well at their unique brand of stripped-back alt-rock, Moose Blood seemed as overwhelmed with the situation as all the girls on the front row waiting excitedly to cry tears of joy. It would seem that they are effortlessly relevant, playing songs from all EPs and their new track, an all-round crowd pleasing set. Opening with ‘Swim Down’, it was clear that they were going to kick us in the face with emotion from the get-go.

Emotions of all kinds were present during ‘Boston’, ‘Pups’ and ‘Cherry’, and it was a mixed crowd that seemed desperate to be there. There were girls in just their bras on shoulders during ‘Bukowski’, and there were crowd sing-alongs during gaps in the vocals during ‘Anyway’ in a set that poured out pure emotion on both sides.

One interesting choice was their lack of communication throughout the set. Aside from saying how grateful they were and thanking the earlier bands, and a shout out to their mums and mrs’, their Brand-New-American Football-esque brilliance was what shone throughout.

Moose Blood have finally revealed themselves as a band searching for the old school, yet one that could not be more pertinent.