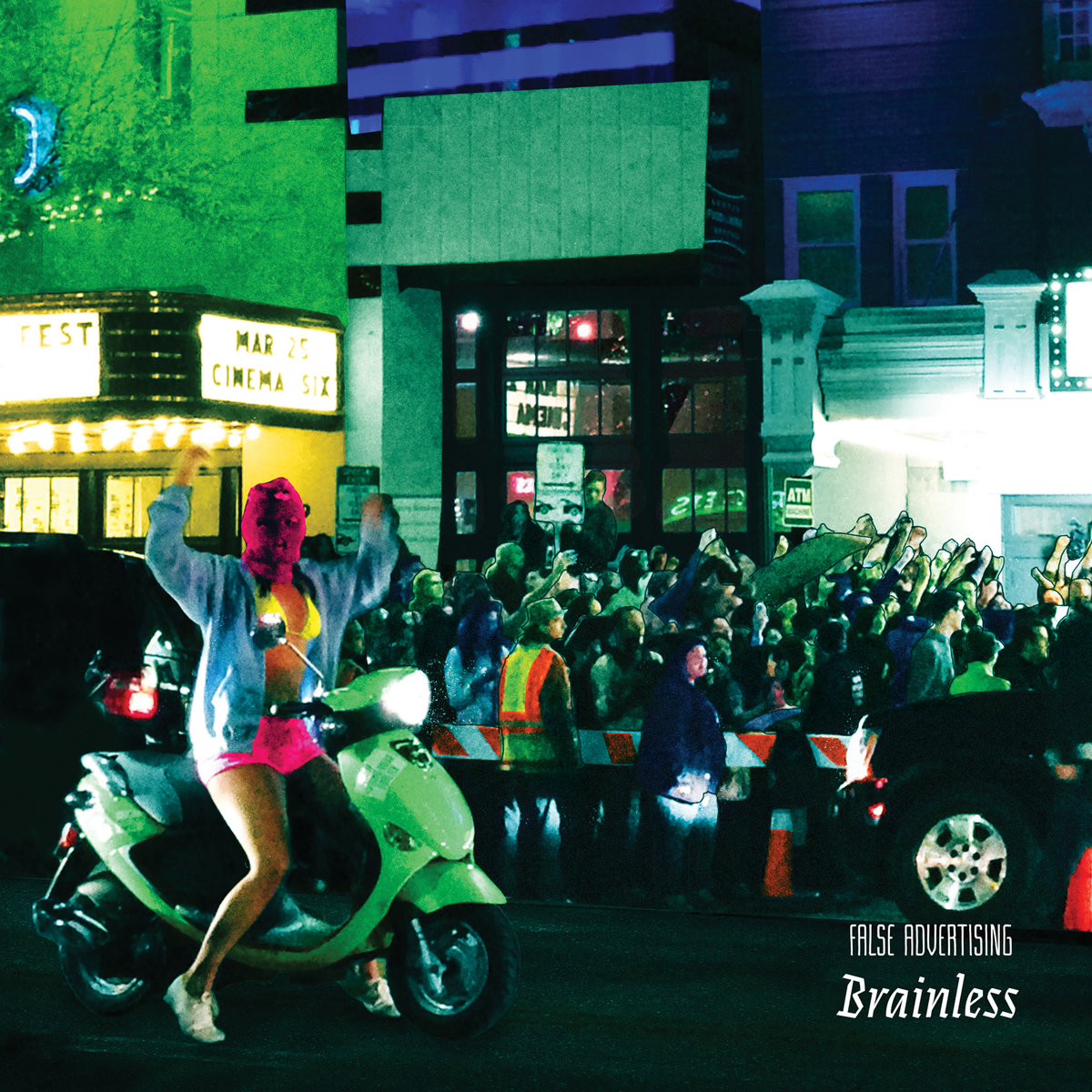 It’s a good time to be making music with a whiff of the 90s about it. The grunge revival is well and truly here and with it are upcoming 3-piece band, False Advertising from Manchester. Their new EP, ‘Brainless’ is a short and snappy dose of grungey-angular-pop-rock with a nice amount of punk sprinkled throughout. The band have already seen comparisons to Nirvana and the like but there’s a touch more to be found.

‘Alopecia’ kicks things off nicely with a fuzzy and upbeat sound with nods to Marmozets here and there. Simple, repetitive lyrics over the chorus help cement the track in your head after just one listen. This is something the band succeed with again on the following track, ‘Give It Your Worst’.

There’s more fuzz to be had throughout the record and dual vocals (both male and female) work well together on ‘Give It Your Worst’ and ‘Piece Of My Mind’ especially. ‘You’re Too Slow’ crops up halfway through the EP and it sounds reminiscent of early Reuben.

‘Brainless’ doesn’t stick around for long, which may prompt a quick repeat listen and, while the songs are all rooted in grunge, the band are clearly not against throwing other influences into the mix as well. False Advertising sound like a band that should be rocking out in sweaty clubs and rock bars and with a bit of luck they will be in one near you this year.