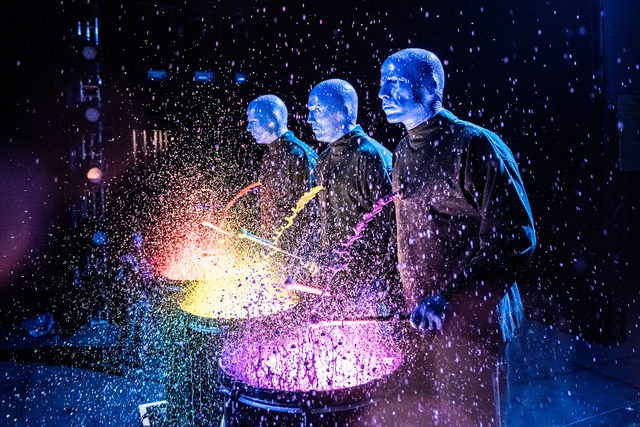 We’re very pleased to be premiering the brand new video from experimental instrumental band Blue Man Group on the site today – you can check out ‘The Forge’ below.

The track is the latest to be taken from their third studio album, THREE, which is out now featuring 14 new instrumental tracks, through Rhino Records.

The instrumental music features exciting sonic explorations from a wide array of newly developed instruments including the Snorkelbone, a creation that utilizes a plastic hose to produce a whirring, pulsating tone when swung in the air; a PVC pipe take on the traditionally wooden aboriginal instrument, the Didgeridoo; and the Chimeulum, which is best described as “orchestral chimes on steroids”; and many more.

Check out there video here: