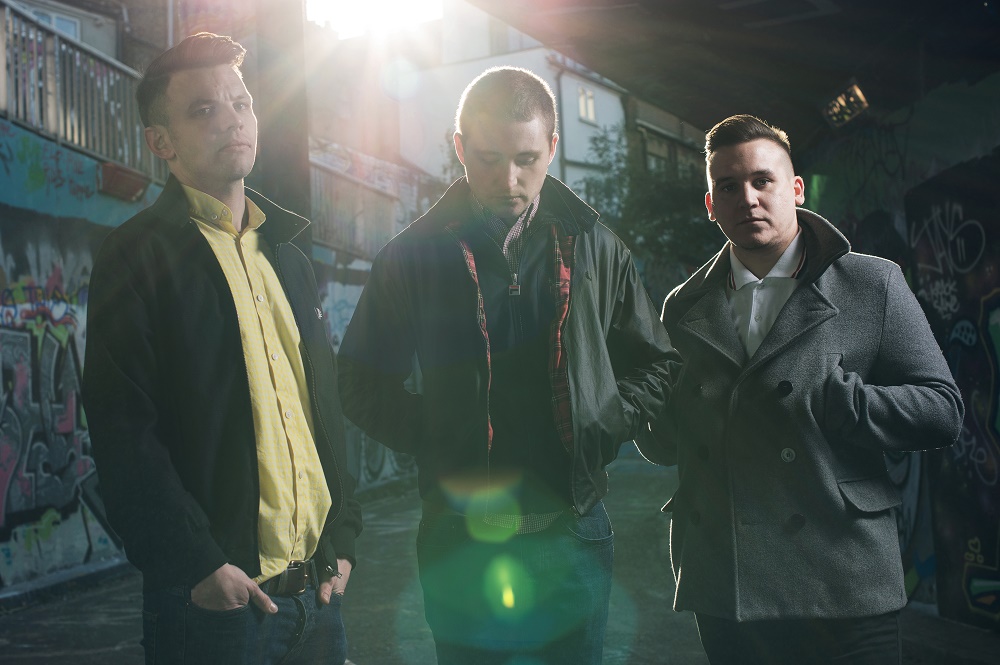 The Brickyard in Carlisle was treated to an eclectic line-up of bands over the weekend topped off by the return of Cumbrian punk rock trio, Colt 45, originally put together last year but the show was postponed due to the devastating floods in and around the city. As it turns out, Colt 45 have a new EP coming out, so what better time to reschedule the show?

Stand Up Arcade from Workington opened the night with their brand of upbeat pop-punk. The band showcased songs from their upcoming EP which the band have just finished recording as well as a few from their debut which landed in 2015. Having parted ways with their original lead singer a few months ago, the bands two guitarists (Lee Sharp and Thomas McNichol) now share vocal duties and all in all appear tighter because of this.

A slight change to the bill and the overall tone of the night, Graces were up next. The brainchild of the hugely talented Steve Harrison (of previously billed rock foursome, Over And Out), this new project channels the likes of The 1975 at it’s most somber as well as bands like The Xcerts at their most rocking. As well as a tribute to Prince, Graces played songs from their excellent debut (‘EP1’) and with any luck they will have an exciting year to come.

Glaswegian hard-rock band Bear Arms brought yet another layer to the evening with their high energy stage presence, moshpit worthy riffs and killer vocal harmonies. The band smashed through cuts from their stunning album, ‘Strength And Conviction’ which is a really underrated gem and if these boys were given the chance they’d make a real splash with fans of gritty, hard hitting alternative rock. Hopefully a new record is on the horizon that will see Bear Arms take a step up in popularity.

After a nice mixture of upbeat, heavy and occasionally gloomy and emotive music it was time for the main event. Colt 45 are no strangers to playing a packed out venue, especially The Brickyard and tonight is no exception. Friends and fans have travelled from far and wide to join the trio in launching their excellent new EP, ‘Snakes And Ladders’. Following a dramatic intro clip, the band hit the stage to massive applause and ripped into their instantly catchy new single, ‘All Hell Broke Loose’. The band knocked out more songs from ‘Snakes And Ladders’ which all in all sees the band return to a rougher punk sound. The pace didn’t slow throughout even with the bands softer tunes like, ‘The Simple Things Are Working’ which incited heartfelt singalongs.

Crowd participation wasn’t in short supply as the lads belted out songs like ‘OK’, ‘Salt Water’ and ‘I Thought I Knew Best’ from ‘The Tide Is Turning’ as well as a few older tracks. ‘Everybody Will Let You Down’ and ‘These Unspoken Arguments’ are now anthems for the majority of the audience and are still as hard-hitting as ever. All in all, the band were on top form and as usual, seemed to be truly flattered at the amount of people who turned up and took part in the evening. Having seen Colt 45 play an unknown amount of times over the years, it’s good to see that they haven’t lost it and aren’t showing signs of slowing down both creatively and when they’re going for it on stage. Fingers crossed they encounter more ladders than snakes on their way up.