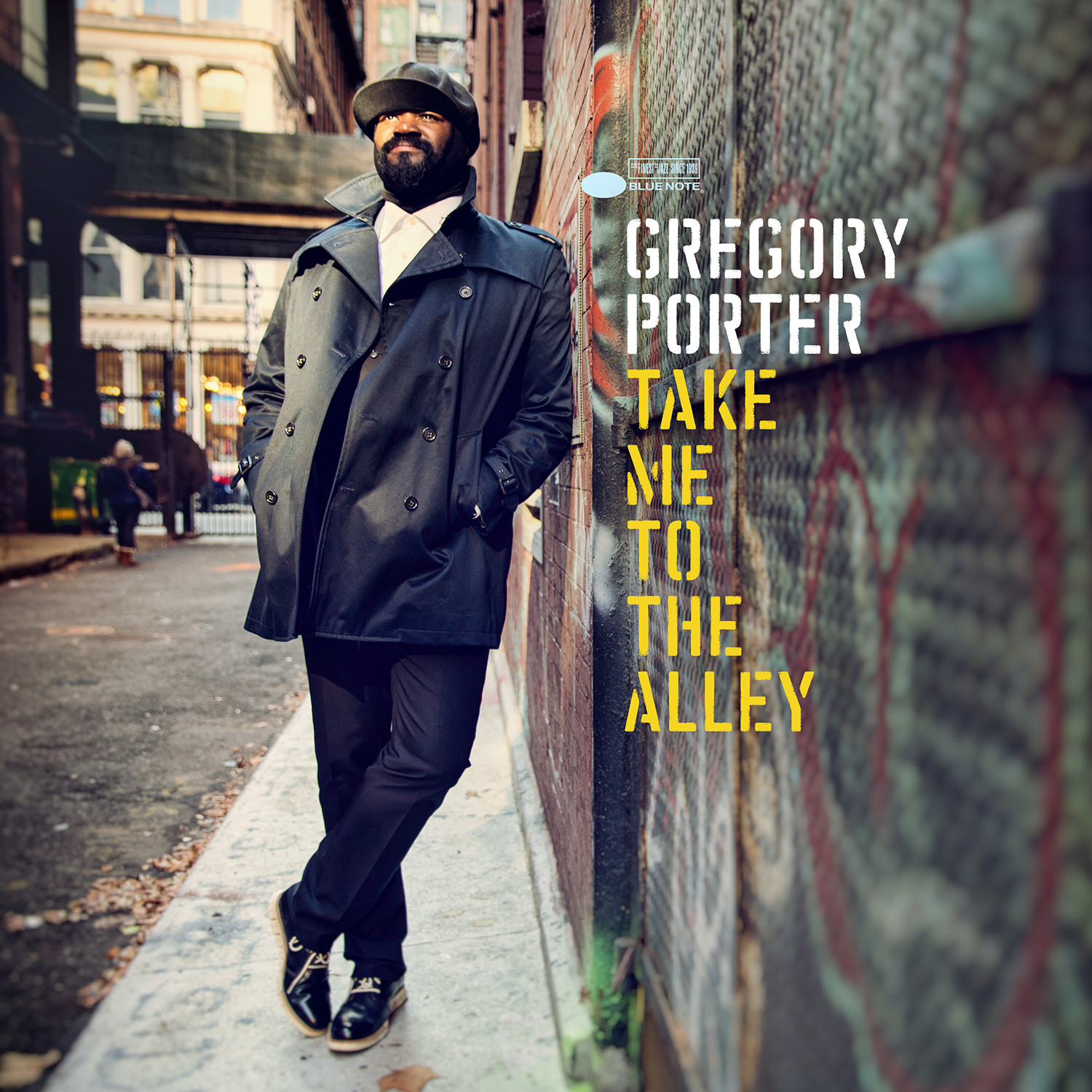 Gregory Porter – Take Me To The Alley

The Cat In The Hat, the inimitable Gregory Porter is back this week with brand new album ‘Take Me To The Alley’, the much-anticipated follow-up to his Grammy-winning and million-selling record ‘Liquid Spirit’. Still the sharpest dresser in town, can he deliver the goods after dropping the most-streamed jazz album of all time in 2015? The answer is yes, and he makes it look like a walk in the park whilst he’s at it.

Taking a step away from the progressive jazz of previous tracks such as ‘1960 What?’, the album as a whole is drenched in sunshine-laced and melody-stuffed ballads that veer further into the deeply soulful territory of the likes of Stevie Wonder and Luther Vandross. Firmly coming into his own as a stand-out vocalist on this record, Porter’s command of his talent is reaching new peaks and sets him up as a real contender for an iconic voice of the future. The raw and undeniable impact is there for all to hear, and on this album he requires no further polishing – it’s clear he’s already growing into his skin as a global superstar very comfortably indeed.

Opening track ‘Holding On’ stands proud as a storming and soulful piano ballad that unfortunately became an ill-advised collaboration with Disclosure last year – a commercial success, but something of a car crash in terms of integrity and musical direction for a musician of Porter’s calibre. It’s wonderful to finally hear it stripped back and delivered as beautifully as it is here. Elsewhere, title track ‘Take Me To The Alley’ swims in a moonlit infinity pool of spacious arrangements and tasteful brass sections, punctuated by stripped back percussion and Porter’s trademark dulcet tones; a fine and fitting epithet for the album.

It would be criminal not to mention the stunning production on this record from the chillingly talented Kamau Kenyatta – the tones and textures are so sumptuous and alluring; the kind of songs it’s possible to really fall into and lose oneself in. If Porter’s vocal wasn’t silken and flowing enough already, the layering and orchestration on the album elevates his voice to a whole other level. There’s also typically sublime instrumentation throughout from Porter’s core accompanying musicians – pianist and music director Chip Crawford, bassist Aaron James, drummer Emanuel Harrold, alto saxophonist Yosuke Sato, and tenor saxophonist Tivon Pennicott, with guest appearances from Singer Alicia Olatuja, trumpeter Keyon Harrold, and organist Ondrej Pivec.

The level of songwriting has taken a sharp upwards turn on this effort, seeing Porter rapidly outstripping his peers in striding confidently towards creating a new standard for The Great American Songbook. The real question for the Talented Mr Porter is where to go next – when he’s sitting comfortably alongside musical legends at the relatively tender age of 44, he’d better hope he can pull something special out of that magical hat. Mind you, if ‘Take Me To The Alley’ is anything to go by he’ll have no trouble in that department.

This summer we warmly welcome you to join us in softening the lights, throwing open those windows, and drowning your balmy evenings in this delightful album.

Venue: Take Me To The Alley
Support Band: Decca Records