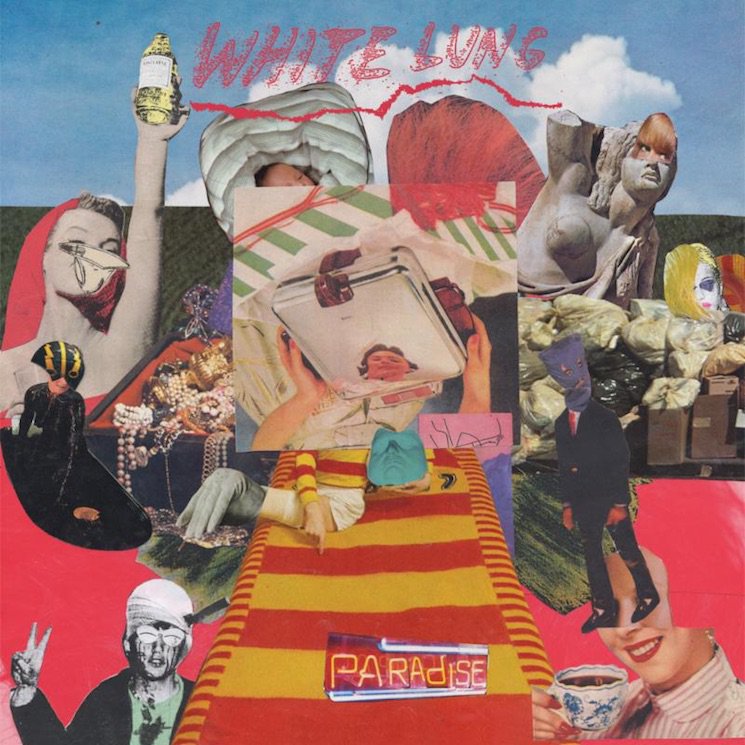 As the album name suggests, all is rosy in the world of White Lung.

The snarling angst that fuelled their 2014 release Deep Fantasy has now subsided into something more restrained, measured and pop-like. That’s not to say Paradise isn’t aggressive – breakneck riffs and emotionally charged lyricism still reign supreme. However, the denseness of White Lung’s previous sound is now slightly more spaced out, with any empty moment amplifying the onslaught of sound that follows.

Paradise sees singer Mish Barber-Way at her most melodic. Where once she sung about her own experiences, Barber-Way now prefers a fictional narrative. The reason? Since the band’s last release, she’s now married, happy and content to the point that just isn’t punk. Instead, she takes various personas throughout her songs: trailer park love (Kiss Me When I Bleed), fading female beauty (Below), murdering one’s sister (Sister – based off the real life case of Karla Homolka).

The album’s strength lies in their short and precise sound. But the weakness is that the sound now verges on tame. The exciting bite – that panicked frenzied edge – has been replaced by something more accessible, paced and average. That said, stick with the same sound and forever be associated with 90s riot grrrls.

Transition into something new and people will dislike your direction. Sometimes, it’s impossible to win. My advice? By all means get out of dwelling in the angsty darkness, just try not to lose your edge while doing so.