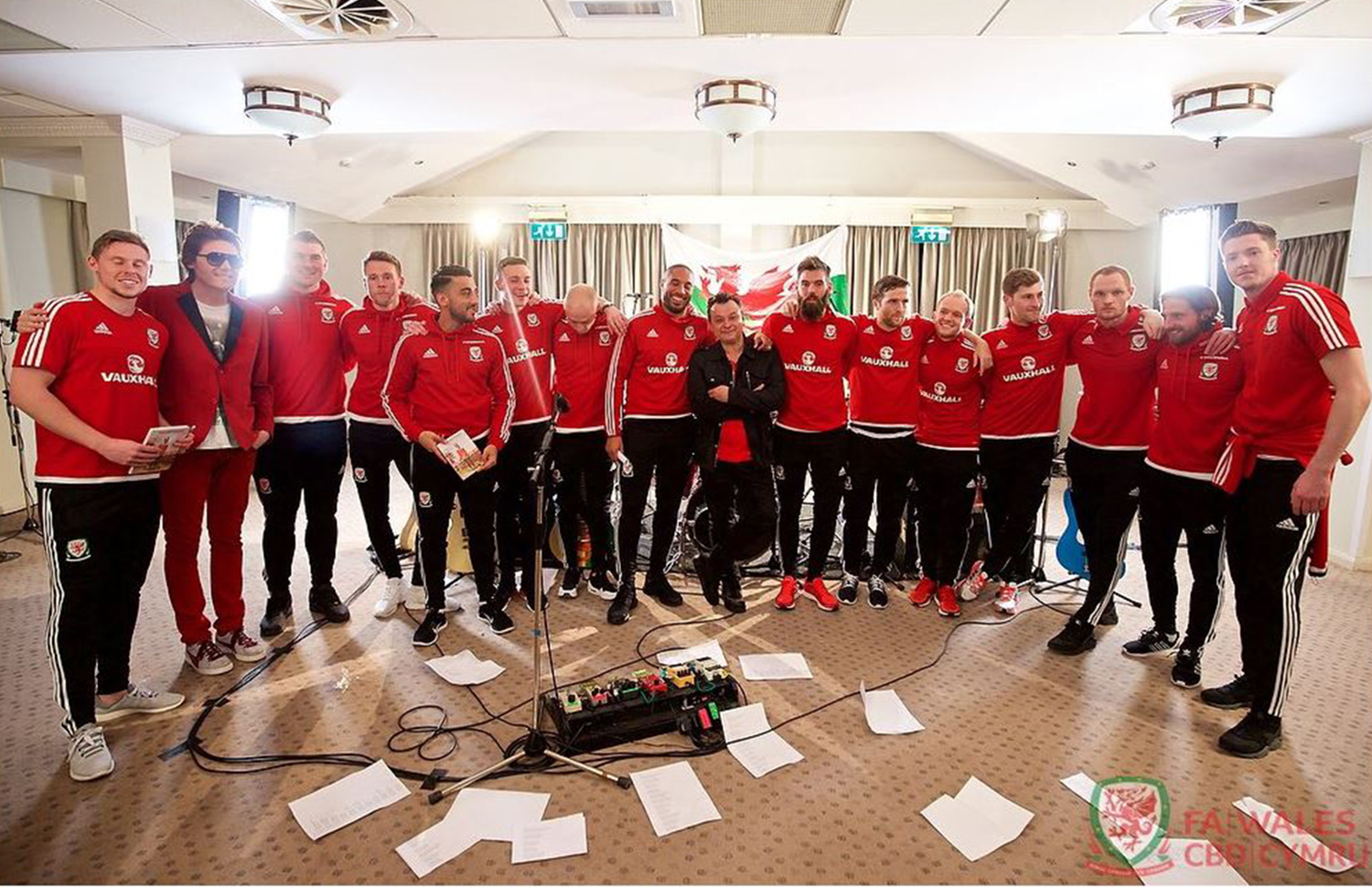 Would you like to see an excruciating new video from Manic Street Preachers for their ‘Together Stronger (C’mon Wales)’ EURO 2016 song? Of course you would.

Released on 20 May 2016, ‘Together Stronger (C’mon Wales)’ celebrates past and present members of the squad and their appearance in a major football tournament for the first time in over half a century.

If the song itself wasn’t bad enough, you can watch Manic Street Preachers awkwardly meet up with Wales National Team Manager, Chris Coleman and members of the Wales squad at training to film the accompanying music video, in which the squad bounce inexplicably on the spot two feet in front of the miming band.

In slightly redeeming news, all profits from the song will go to the Princes Gate Trust (http://princesgatetrust.com) and Tenovus Cancer Care (http://tenovuscancercare.org.uk).

13 May LIVERPOOL, Echo Arena
14 May BIRMINGHAM, Genting Arena
16/17 May LONDON, Royal Albert Hall
20 May LEEDS, First Direct Arena
21 May GLASGOW, The SSE Hydro
(all with Editors)