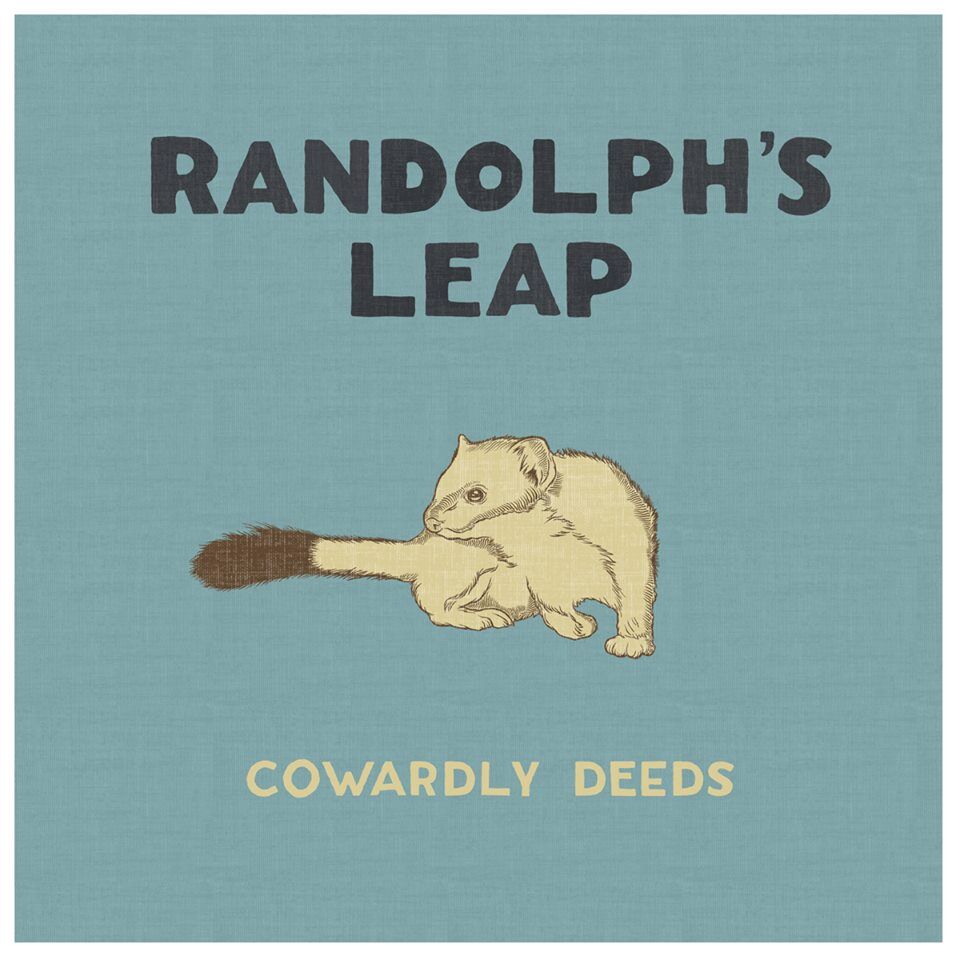 Randolph’s Leap are a Glasgow based folk-pop (or maybe indie pop) band – but perhaps an eight member musical collective is a more accurate description. Their joyous if slightly sarcastic take on love and life is always melodic, although sometimes hard to categorise, and that’s no bad thing.

The ten song Cowardly Deeds sees all eight members fully involved, giving a big sound with plenty of scope and range. It’s the band’s second full album, although various other releases over the years have come in formats from download to cassette tape. This time around the available versions are more conventional, including digital download, CD and a rather lovely blue vinyl.

The album was recorded over two weeks in a remote rural Scottish location and all of the songs were played as live. The high levels of energy come through on many of the tracks and the sense of a collective of musicians creating together is strong. Brass and strings abound, backing lead singer Adam Ross, whose voice is perfectly suited to the wistful and often poignant lyrics.

Back Of My Mind opens the album in upbeat style, while past single Under The Sun stands out with its slower vocals and catchy pop chorus. Microcosm is faster paced with almost a rock feel and the closing Saying Nothing starts slowly, gradually building to give the album a big finish.

There are several different tempos used on the album and it never really settles, leaving the listener slightly off guard. Acoustic tracks Shred and Aberdeen have a more gentle feel, the softer vocals giving an emotional air. Individual instruments also come through strongly in different places. The atmospheric organ has its moment with a strong intro to Like A Human, while the bass line on the quirky Not Thinking is strong, as is the trumpet melody on Goodbye.

Cowardly Deeds is a very good collection of songs that shows the strength of the Randolph’s Leap approach. Their pop sensibilities come through strongly with some big hooks and singalong choruses. But there is also fine instrumental work throughout and the lyrics have a few gems in their idiosyncratic rhyming (chinos and jalapenos comes to mind). This is a slightly offbeat album that is very entertaining and of a high quality from a band with an individual approach to making music that clearly serves them very well.