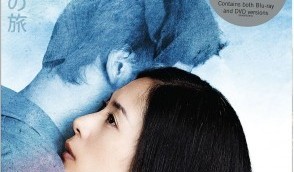 Journey to the Shore Blu-ray review

Japanese director Kyoshi Kurosawa (no relation to the more famous Akira Kurosawa) has made something of a career with ghost stories. While his earlier films such as Cure (1997), the genuinely scary Pulse (2001) and Retribution (2006) were more pure horror this ambitious director realised that if he wanted international recognition he had to move into a different kind of storytelling. Two years after Retribution he made Tokyo Sonata and found the international recognition he sought. Tokyo Sonata dealt with a more socially realist subject concerning the breakdown of a family after the patriarch of the family loses his job. This more gentle and reflective style of Kurosawa’s is highlighted further in the gentle ghost story that is Journey to the Shore. By now Kurosawa has moved away from horror into fantasy territory, drawing on the classical elements he found in Tokyo Sonata.

Journey to the Shore opens with Mizuki having spent her last three years in a daze after the death of her husband Yusuke three years previously who comes back home to find her long dead husband alive and going through his stuff. Accepting that he is back he explains that he drowned himself off the coast when he discovered that he was terminally ill. The next day Mizuki awakes expecting that it was a dream and Yusuke has gone away again but is surprised to see him still around. She agrees to go with him into the countryside to the places where he had been staying for the past three years. Their journey starts at a village and staying with a former newspaper seller. The man was told by Yusuke that his wife looked like the newspaper seller’s wife who had left him. It is revealed to Mizuki that this man is also dead but finally moves on when he admits that he was abusive to his ex-wife. In one of the film’s most poetic moments she goes into the bedroom of the man where she sees a beautifully colourful room full of dry flowers and petals on the walls. The next morning the room is decayed and grey, bereft of the colours of the previous day. Mizuki and Yusuke move on and over the course of the rest of the film they travel to the places Yusuke had been to meeting other transient spirits awaiting atonement.

Journey to the Shore is a very romantic and subtle ghost story that is more like Ghost (1990) starring Patrick Swayze and Demi Moore, or even The Ghost and Mrs Muir (1947) than the director’s earlier work. It continues the more genteel style of Tokyo Sonata and might be disappointing fans of the director’s earlier work and at over two hours it may be a little overlong for some viewers as it moves at a slow considered pace. The film though is an adaptation of a Japanese chick lit novel, Yumoto Kazumi’s ‘Kishibe no Tabi’ and while it has elements of sentimentality, the director has taken out much of the sentiment from the novel in favour of a more reflexive style. It is that gentle style that adds a more dreamlike quality to the film. An extra element that gives the film a further added poetic and yes, even sentimental quality is the beautiful piano score by Naoko Eto and Yoshihide Otomo that is beautifully played out with the ghost figure of a dead pianist girl, aged 10. The film was released in the UK as both a limited theatrical release and on the Eureka! label. Unlike many of Eureka! releases there are no extras on the disc other than the trailer.