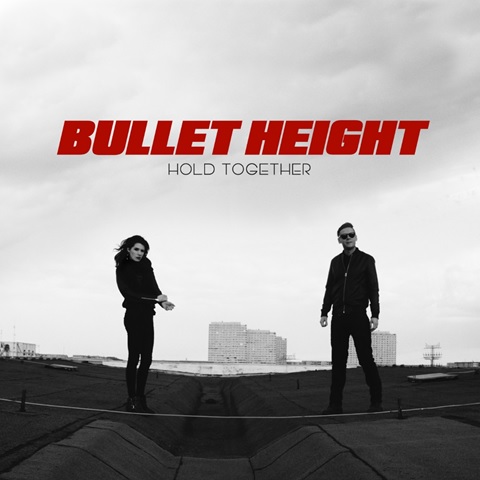 Video of the Day: Bullet Height – Hold Together

Berlin-based electronic-rock duo Bullet Height are back and this time they’ve revealed a frenetic and intense video for their new single ‘Hold Together’, set for release on 22nd July via Superball Music.

Filmed on location in Berlin by director and long-time artistic collaborator Valquire Veljkovic, it’s the first glimpse for fans of the band’s high octane live show, with vocalist Sammi Doll firmly at the forefront of their theatrical and somewhat darkly unnerving performance.

The new single shows yet another side to the increasingly apparent song-writing talents of band members Jon Courtney (Pure Reason Revolution) & Sammi Doll (IAMX), pulling in the heavier elements of the likes of Nine Inch Nails, Depeche Mode and The Prodigy.

Commenting on the track, songwriter Jon Courtney says: “We’re extremely excited to finally release new material following our first single, ‘Bastion’. ‘Hold Together’ was the first track Sammi laid down vocals for – the result was an explosive attitude that further showcases what’s to be expected from the rest of the album.”