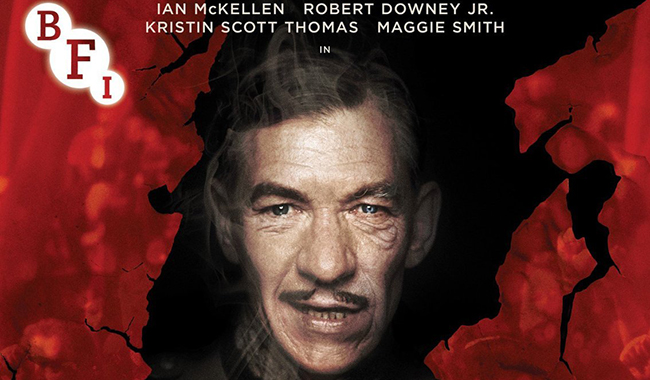 It has been restored and comes with a fair amount of supplementary material.

McKellen plays the titular character who sets out to take his own family down around him so he can ascend the throne.

The film zips along at a frenetic pace at times as it does leap from one plot to the next. Often Richard turns to the camera to entice the audience along as his schemes come to fruition.

If there are any criticisms to level at the film then perhaps there are plenty of big names here sadly with too small a role. Robert Downey Jr.’s name appears high up on the marketing of this film – but anyone that has seen the film knows that he barely says much and isn’t in it for very long at all.  At the time of the film it may have been that he was doing a small favour for Mckellen whom the same year played a small role in Downey Jr.’s film Restoration (A hugely underrated film).

There are enough extras here to entice buyers in including some interview footage from the BFIO this year with director and star as well as a presentation McKellen did on Shakespeare.  There is also an engaging commentary from the duo as well that is worth listening to.