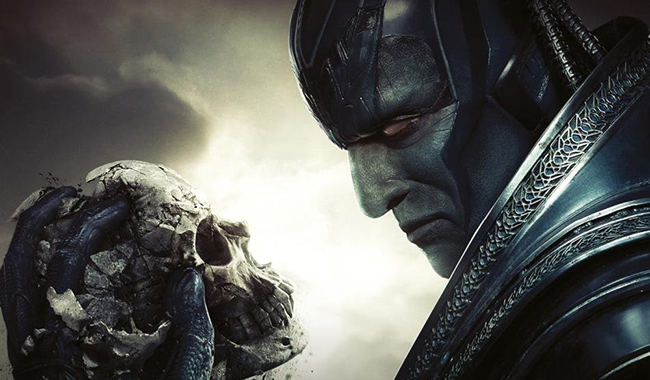 Sadly David Arnold does not return from the first film to conutine scoring duties on this 20 year in the wai sequel.

Instead we get Thomas Wander and Harold Kloser taking over. And if anything they are here to provide good old fashioned thrills and tension. You can clearly hear that the two are heavily influenced by the heyday of John William’s scores and largely to good effect. Take a track like” Fear” for example which builds like a Williams track and knows how to turn on a dime and turn its turn from remorse to triumph all in under 2 minutes.

It’s gleefully wonderful stuff. If not quite the stuff of Legend yet, but there is enough here to warrant keeping an ear to the ground as far as these composers work goes.

We do recommend people stay away from the track listings though just in case of any potential spoilers!

For this third part in the latest x-men saga featuring the younger cast John Ottman returns after scoring previous X-men films X2 and Days of Future Past. And whilst his work is steady and often strong, the one thing that remains the stand out is his quick X-men theme tune.  But to be fair even the films he did not score often had strong themes. Even The Last Stand had strong music themes from John Debney, and Henry Jackman (Currently scoring the last couple of Captain America films) did sterling work on First Class.

But Ottman is required to go grander and more epic at the start of this one for the early Egypt sequences. Once the film is in present day then  his score it going to be a little bit all over the shop as there are so many characters to establish, so many tones to recognise and then so many turns of events to cover.  And it’s a shame as any composer would have trouble keeping up with it all never mind delivering something memorable. Once day it may occur to the film makers to keep their story and characters simple and let the music really take command and help lead the audiences through something truly coherent and artistic and truly memorable.

Here it is grand and serviceable and only truly striking when at its most dramatic.