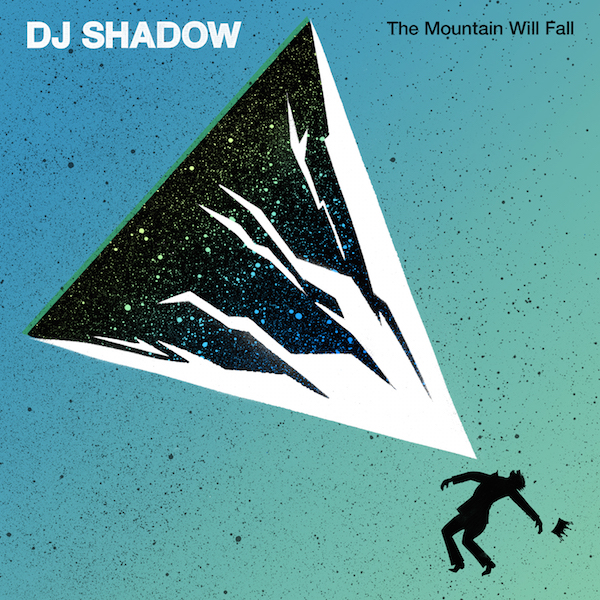 DJ Shadow – The Mountain Will Fall

Gaudy electronics are back in vogue.

Step into any H&M or fish & chip shop and cower as you’re instantly assaulted by DJ dickhead’s house banger mix tape: a continuous regurgitation of sped-up pop songs and four-to-the-floor kick drums with about as much artistic merit as a mushy pea inspired tank top. Lucky then, that with every tidal wave of musical diarrhoea comes a lifeboat of defiant rebels intent on using past blueprints alongside new ideas to kick-start the beat music of the future (think Jamie XX or Nicolas Jaar).

This is a strange world for instrumental hip-hop kingpin DJ Shadow to step back into. His undisputed ‘91 patchwork masterpiece ‘Endtroducing’ has only become a bigger deal in the 25 years it’s existed, and the few measly albums since have paled in comparison. Nevertheless he’s back, and his first full-length release since 2011 is proof that he not only hasn’t lost his touch, but he’s putting out his best work in decades.

‘The Mountain Will Fall’ juxtaposes organic and synthetic elements on one big comfortably familiar canvas; it deals exclusively in mismatches that shouldn’t work together but due to the tact and class in which they’re used, they do. First: the rhythms; there’s an odd undercurrent of air rain sirens and submarine radars offset against brittle beats melded with stomping drumkit grooves and some classic hip-hop hi-hats and snares. Then instrumentation is just as eclectic, ranging from Eno-esque ambient synths to video game sounds to contemplative jazz piano and smooth sax. Sometimes these unlikely partnerships even happen in the same track, eg. ‘Depth Charge,’ which blends menacing distorted guitar with relaxed acoustic guitar with cut up synth leads backed by a cinematic orchestra. It sounds insane, but somehow it all works wonderfully.

And in just as eclectic a fashion, Shadow picks and chooses a motley crew of collaborators from all manner of sources. Not only do Killer Mike & EL-P of Run The Jewels chime in with anti-Trump quips-a-plenty on ‘Nobody Speak’ but we get cerebral input from neo-classical virtuoso Nils Frahm on ‘Bergschrund,’ a whole new blissful dimension from G. Jones & Bleep Bloop on ‘Pitter Patter’ and Miles Davis-style trumpets from Matthew Halsall on album highlight ‘Ashes To Oceans.’ The only feature that arguably doesn’t quite work are Ernie Fresh’s old-school hip-hop verses on ‘The Sideshow,’ which, although lyrically dextrous, feel a little too regressive for an album this forward thinking.

Which brings us to the album’s number one downside. At points Shadow can take his madcap scientist experimentation a little too far and it can often feel like he’s getting bored of his own work, sometimes straying into random cacophonies of noise or needlessly switching up beats altogether. Both aren’t necessarily bad ideas in practice, and maybe they’re positive if we’re focusing on the album’s organic elements, but nevertheless, it does feel like there’s a bit of musical ADHD going on at times.

But that’s pretty much the only thing wrong with ‘The Mountain Will Fall.’ Otherwise, it’s a welcome return from one of the best: an immersive, unique and exciting auditory world that proves the old guard still have tricks up their sleeve.