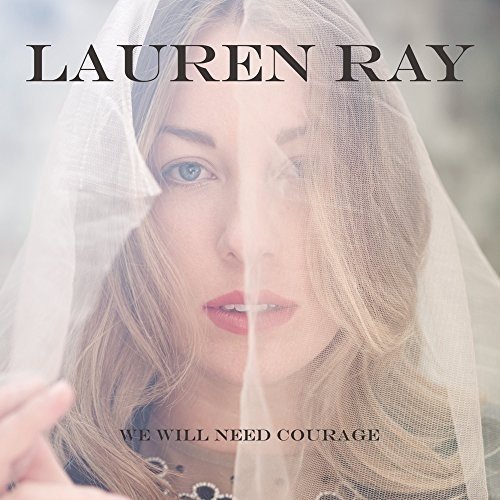 Lauren Ray – We Will Need Courage

We Will Need Courage is the debut album from British singer songwriter Lauren Ray. The summery pop sound on several of the ten tracks would seem to put this firmly into mainstream love song or upbeat pop territory. But the combination of the occasional country tinge (the album was recorded in Nashville) and several very good slower and darker tracks raises it well above the average.

Lauren Ray has a sultry and expressive voice. Her vocals are strong without overpowering and she has a lovely tone when the emotion runs high. Her lyrics are very good too, and she describes several very difficult life situations with style and finesse. Ray has collaborated with several big name songwriters and has clearly honed her own craft very well.

The album opens with previous single Drive, a typically poppy song, but with more depth than most. Get On Board uses a trumpet melody in another upbeat track. One Of The Lucky Ones is pure country pop, from the jaunty guitar sound to the upbeat vocals. These are good pop songs, but it is the deeper and more emotionally complex tracks that shine.

Ray’s new single Man is decidedly darker and with more soulful delivery. Told from a child’s point of view, it describes a mother’s suffering in an abusive relationship with a maturity and the deep pain is portrayed exquisitely. The piano led Stay also stands out, a well written song, mixing soulful vocals with regret and uncertainty

Come To Me tells of escape from a bad relationship. There’s a strength and a resilience in both the songwriting and the vocal delivery. The powerful Paying For Love comes from a similar place, but here the uncertainty of wanting it to work out yet believing it can’t is beautifully expressed. What Would You Do also tackles mixed feelings, another piano led track with lovely vocal delivery.

Lauren Ray’s family background is unusual. With a Polish/ South African father and English/ Irish mother she grew up living in South Africa, Poland, Austria and eventually the UK. Perhaps songwriting gives her an outlet against the uncertainties of an ever changing life. Whatever its origins, We Will Need Courage is a fine debut album, showing both good songwriting ability and excellent vocals.