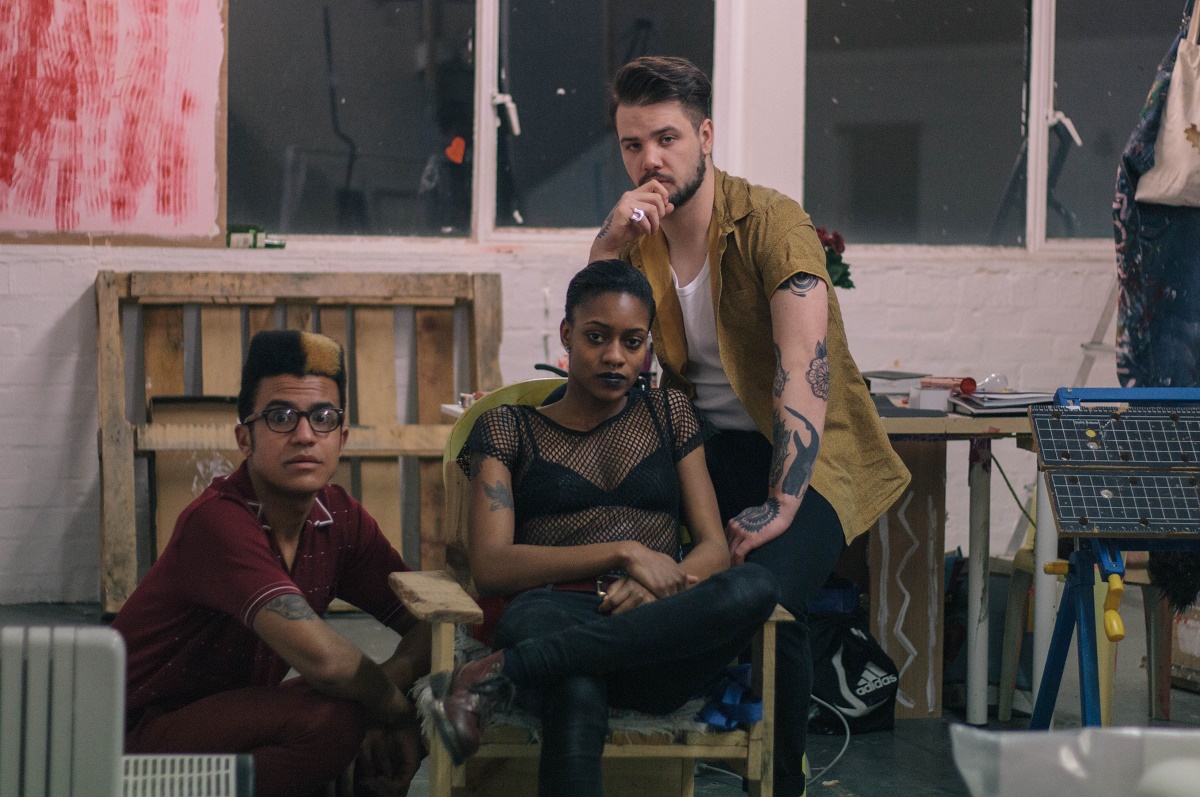 This weekend sees iconic London venue The Roundhouse celebrating 40 years of punk rock at the Roundhouse Punk Weekender, so we caught up with Marcus Perks, drummer in the headline band and Birmingham punk trio Youth Man, to find out more about their new EP, Wax, out now on Venn Records and what the punk scene means to them.

It’s been quite a year for you guys, what’s been the highlight so far?

“We’ve just played a wicked festival in Germany called Fusion. We went on the plane for the first time as a band. We nearly missed the flight and stuff but it was awesome.”

You’re very tight knit with the rest of the Birmingham music scene, what makes it so good?

“That exact point. The fact that we all know each other. There are no lines or cliques, we all just appreciate what each other is doing and support it. Another big part of it is that we all hang out in the same places. Although Birmingham is the second city the city centre is pretty tiny so everyone ends up knocking around like three or four places.”

What does the term punk mean to you these days?

“The common and cliche’d answer to this question is ‘musical freedom’. To us, Punk does represent musical freedom but it goes well beyond that. Hip hop is punk. Jazz is punk. Grime is punk. Muhammad Ali was a punk. Miles Davis was a punk. Punk is about putting forward what you want to say because you want to say it, and standing up for what you believe in because you believe in it. That extends beyond music.”

Your new EP ‘Wax’ just came out, tell us your favourite track and why.

“They’re all our favourites! That’s like asking us to pick a favourite child…okay, Sweet Apples is our favourite. It has all the Youth Man traits with a bit of exploration and freshness thrown in.”

What’s your opinion on music mixing with politics?

“Music is a means of expression and it would be strange if politics never came into that.. We’ve never really set out to write overtly political music, instead we tend to deal with personal politics, but sometimes political issues do creep into that – Painted Blue is probably our most overtly political track. Kaila wrote it just after the last General Election. It’s kind of us warning people against the manipulative and insidious style of politics that we’re currently faced with.”

Some of your more experimental sounds went out the window on the new record – was that a conscious decision?

“We did it live so there wasn’t really a way we could mess around with that stuff this time. There was no post-production studio trickery. This record is supposed to be a representation of the three of us as musicians. A person can only press so many buttons at a time!”

Tell us three things you couldn’t live without on tour.

“A good soundtrack is mega important. We play the shit out of the latest two Kendrick Lamar records, Queens of the Stone Age and Daughters. When we were in Switzerland last year we found a band called El Thule who we also play all the time. The other two crucial things are merchandise – because merch money is what feeds us and fuels our van – and our lightweight, strong, non-stick Red Copper frying pan.”

What more can we expect from Youth Man this year?

“Apart from the Roundhouse show and the tour we’re on for the next couple of weeks, we’re playing Rebellion festival in Blackpool, Afropunk festival in London, Underground fest in Gloucester and some other bits and pieces. We’ve also got a couple videos lined up for the next couple of months. Beyond that, we haven’t a clue. We’d love to head back out to Europe before the end of the year but there’s nothing set in stone. We’ll let you know when we know.”